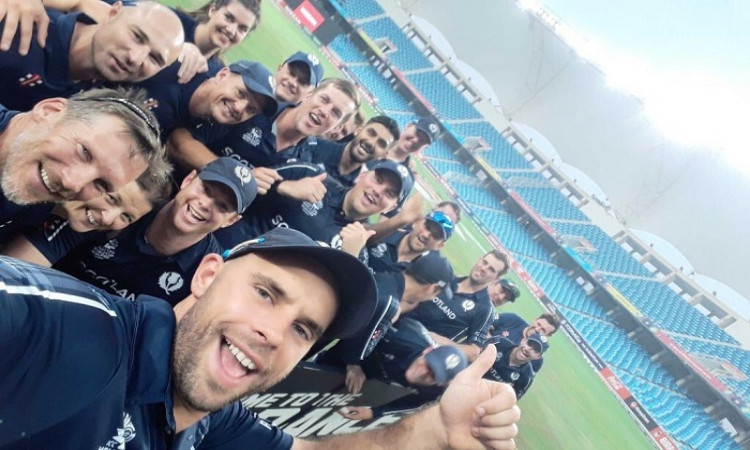 Dubai, Oct 31:Scotland has qualified for the 2020 T20I World Cup after a convincing win over hosts United Arab Emirates (UAE) in their fifth-place playoff at the Dubai International Cricket Stadium here on Wednesday.

Opting to bat, opener George Munsey's 65 followed by valuable contributions from Richie Berrington (48), skipper Kyle Coetzer (34) and Calum MacLeod (25) guided Scotland to a massive total of 198/6 in the allotted 20 overs.

Rohan Mustafa was the pick of the bowlers for the hosts as he picked up two wickets for 38 runs.

The UAE never looked in control chasing the huge target as the Scotland bowlers came out with a disciplined and all-round effort to bundle out the hosts at 108 runs in 18.3 overs, setting up a thumping 90-run victory.

Rameez Shahzad was the top scorer for the hosts with his 34 runs while Muhammad Usman and Darius D'Silva chipped in with 20 and 19 runs respectively as all other batsmen failed to rise to the occasion.

For Scotland, Safyaan Sharif and Mark Watt picked up three wickets each.

It was also Scotland's second-biggest victory in their T20 international history.