Scotland on Sunday announced their final squad for the upcoming ICC Men's T20 World Cup with Kyle Coetzer all set to lead the side, and former England batter Jonathan Trott roped in as batting consultant. 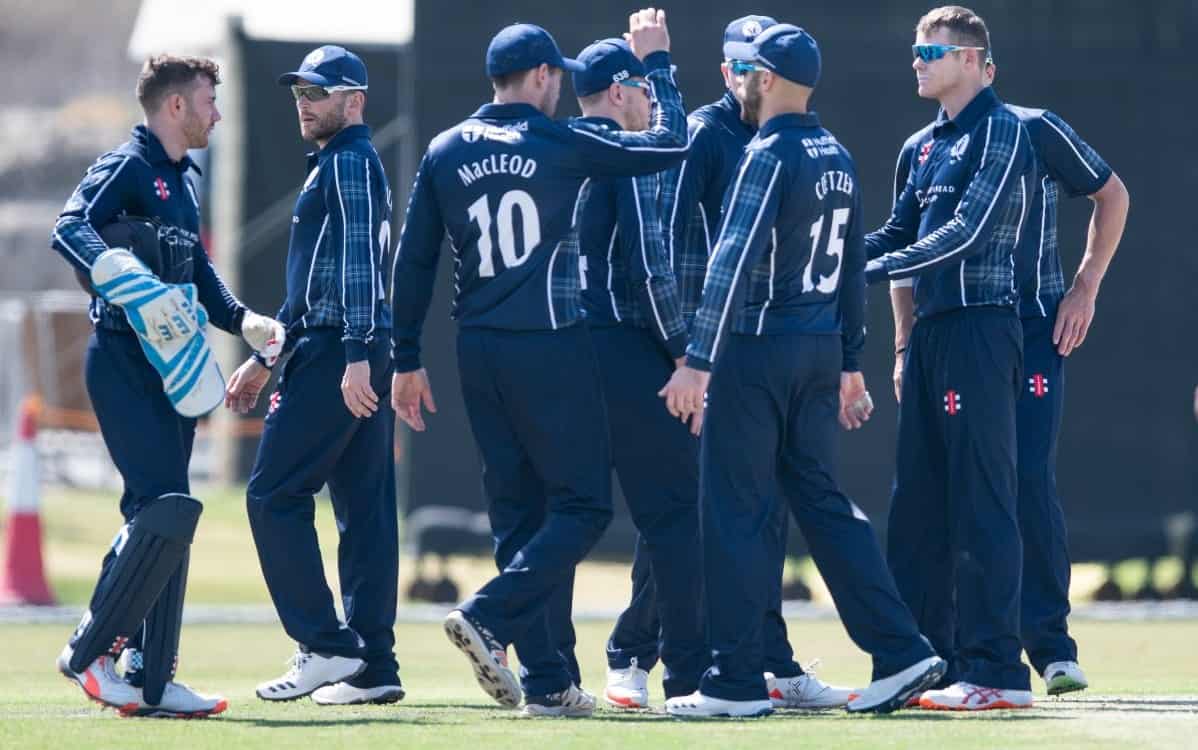 The Scottish side sees the inclusion of veterans Richie Berrington, Calum Macleod, Safyaan Sharif, Matthew Cross and Ally Evans, who will be led by Kyle Coetzer.

The former England batter, Jonathan Trott has been roped in as batting consultant for the side. Trott's experience from the previous World Cups and the Ashes series will help the side prepare for pressure situations and acclimatise to the demands of ICC tournaments.

Josh Davey, Michael Leask, George Munsey and Mark Watt, who were all in the squad for the last ICC T20 World Cup in 2016, also find a spot. While Dylan Budge, Chris Greaves, Hamza Tahir, Craig Wallace and Brad Wheal will be part of the tournament for the first time.

From the 17-member provisional squad that was announced, Chris Sole and Oli Hairs failed to make the final squad. While Sole will remain a reserve player, Hairs will travel back to the UK after suffering a shoulder injury during a warm-up game against Papua New Guinea on Friday. Michael Jones is set to join the team as cover for Hairs.

"It's been a very tough decision because we have a lot of depth currently in Scottish cricket. There's a lot of skill, talent, versatility and adaptability within the squad and many of them have put their hands up at various times recently. We've also tried over the last 18 months, even during Covid, to look forward to this World Cup and think what the combinations would be," said Scotland head coach Shane Burger reflecting on the squad selection.