New Delhi, Sep 20. The Supreme Court on Friday allowed the Tamil Nadu State Cricket Association to hold elections to elect its office bearers. A bench comprising Justice S.A. Bobde and L. Nageswara Rao said that the election results will be subject to the final orders. The court also observed that the state cricket body can hold the elections, but it will not announce the results. 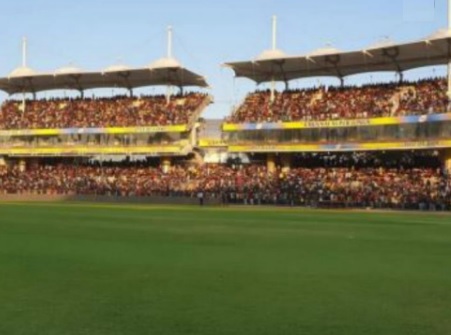 "The election to the post of Assistant Secretary and Vice President would be subject to outcome of adjudication of the matter," said the court.


Dravid spends time with Indian players ahead of third T20I

According to this order by the apex court, the Tamil Nadu Cricket Association can conduct polls for office bearers scheduled on September 28. The court observed that the disqualifications would apply only to the office bearers.

At this observation of the court, the Committe of Administrators (CoA) objected that the Tamil Nadu cricket body did not comply with the BCCI Constitution. Senior advocate P.S. Narasimha, who is assisting the apex court as Amicus Curiae contended that only four out of 38 cricket associations have failed to adopt the new BCCI Constitution.

"We permit the applicant to hold the election the result of the election will be as per legal remedies available to all parties and also the final order passed by this court," the court reiterated.

The court passed this direction when senior advocate Kapil Sibal, representing the state cricket body, submitted before the court that the cricket association should be at least allowed to hold elections.

During the course of the arguments, the court said that it cannot resolve the matter right now, and if it found out that the elections are not held in accordance of the law, then they could be set aside.

In an interim order, the apex court directed that the disqualification norms shall remain confined to the office bearers only.