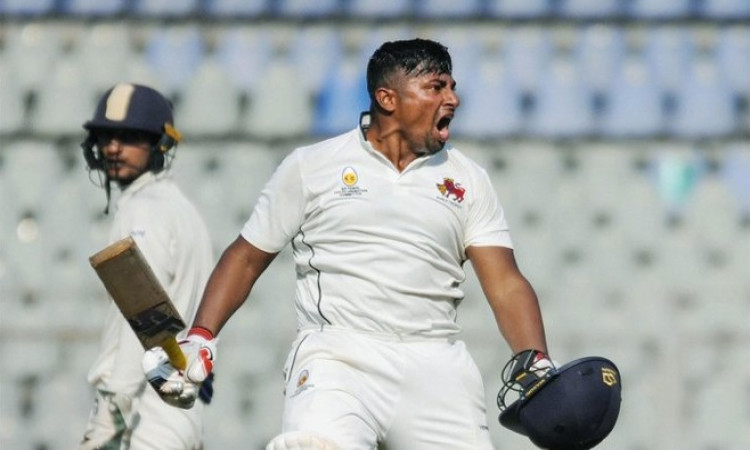 Rajkot, Feb 4:  Mumbai's Sarfaraz Khan continues to make ripples in the Ranji Trophy. After a stunning run of form in which the 22-year-old was unbeaten on 301 and 226 in consecutive innings in two Ranji Trophy matches, Sarfaraz was dismissed for 78 in Mumbai's ongoing match against Saurashtra.

It is the first time in three innings that Sarfaraz has been dismissed and in this time, he amassed 605 runs. He is thus only the fifth Indian batsman to have scored over 600 first class runs without losing his wicket.

The most runs made by a batsman before being dismissed in first class cricket is 709 made by KC Ibrahim in 1947/48, a few months before he made his debut for India. England's Graeme Hick is second on the list with 645 runs in 1990 after whom comes the legendary Vijay Merchant who made 634 in the 1941/42 season.

Middlesex and England's Patsy Hendren's run of 630 runs in 1929/1930 comes next and is followed by former Tamil Nadu and India batsman Subramaniam Badrinath who made 625 runs in the 2007/08 season. Former Punjab wicketkeeper Pankaj Dharmani follows for his run of 608 runs in the 1999/00 season after which comes Sarfaraz's tally.