Sanju Samson's spirit is what sets him apart: Shashi Tharoor 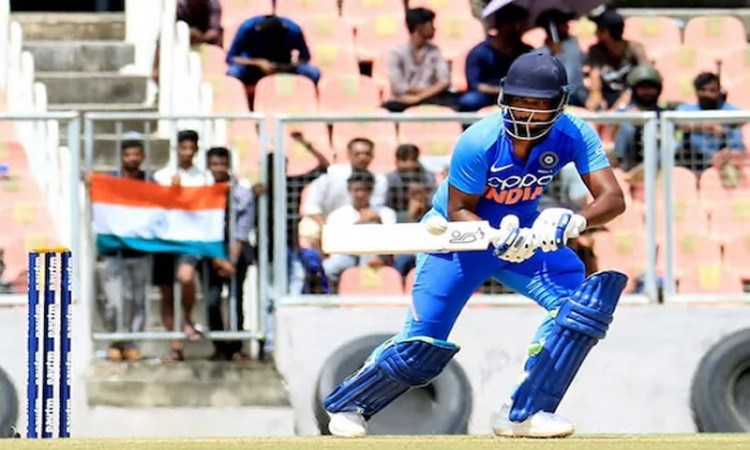 New Delhi, Sep 9: Congress MP Shashi Tharoor on Monday praised cricketer Sanju Samson who decided to give his match fees to the groundsmen of the Greenfield International Stadium in Thiruvananthapuram following the five-match series between India 'A' and South Africa 'A'.

India 'A' hosted South Africa 'A' in a five-match unofficial ODI series. Intermittent rains in Kerala's capital city had caused reduction of overs in all the matches with the fourth match having to be played over two days.

"After his blistering 48-ball 91 vs S.Africa A, Thiruvananthapuram's star cricketer Sanju Samson announced he was dedicating his match fees to the groundsmen, whose hard work on a wet ground had made play possible. That's what sets Sanju apart from others: not just talent but spirit," tweeted Tharoor.

Samson, who played a brilliant 91-run knock in the final match to help India 'A' register a 4-1 win in the series, said he decided to donate match fees from the two games that he played to the groundsmen for their efforts to ensure that the series could be played despite inclement weather.

Following Samson's brilliant inning, former India players Harbhajan Singh and Gautam Gambhir put their weight behind having the 24-year-old as the No. 4 in the national team in ODIs.

After Samson's knock last Friday, Harbhajan tweeted: "Why not Sanju Samson at number 4 in ODIs. With good technique and good head on his shoulders. Well played today anyways against SA A."

Gambhir, who is now a BJP Parliamentarian, picked up on Harbhajan's tweet and said, ""Yes Harbahajan Singh, on current form and his skills this Southern Star, Sanju Samson can bat even on Moon's South Pole!!! I wonder if they had space on Vikram to carry this marvel of a batsman. Well done Sanju on scoring 91 off 48 balls against South Africa A side."