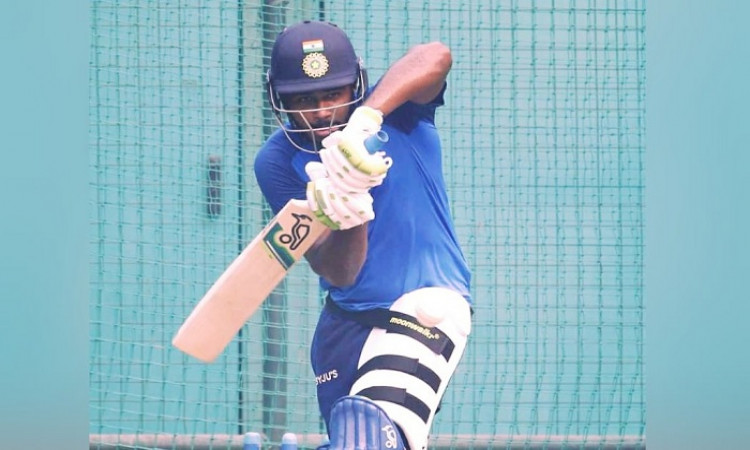 New Delhi, Nov 22: Indian cricketer Sanju Samson on Friday posted a laughter emoji on his Twitter handle as a reaction to his non-inclusion in the Indian team for the home T20 and One-Dayer series against West Indies, earning praise and support from his fans.

After the cricketer, who has scored a double century in one-dayers on domestic cricket, posted on his Twitter handle @IamSanjuSamson, it was retweeted 2K times with 11.5K likes.

One fan posted a meme of a movie shot with the caption: "Hurry up, speak up. I have to go to Panvel tomorrow".

One fan posted a sad emoji and wrote: "Made a T20I comeback after 4 years, but didn't get a single chance in the T20I series against Bangladesh. Now, he is dropped from the T20I squad. You gotta feel sad for Sanju Samson".

Another posted a meme of a movie scene featuring Akshay Kumar and wrote: "Wicketkeeper place in Indian team to Sanju. The meme's caption was "I am someone else at present. Should I commit to you?"

Another posted a meme with the caption: "Now, this out-of-mind man cannot live".