Haven't Got Much Time In The Middle, Wanted To Test Myself In Pressure Situations: Samson

In the second ODI, India were 97/4 in a chase of 162, Samson hit three fours and four sixes to be unbeaten on 43 off 39 balls and shared a 56-run stand with Deepak Hooda. 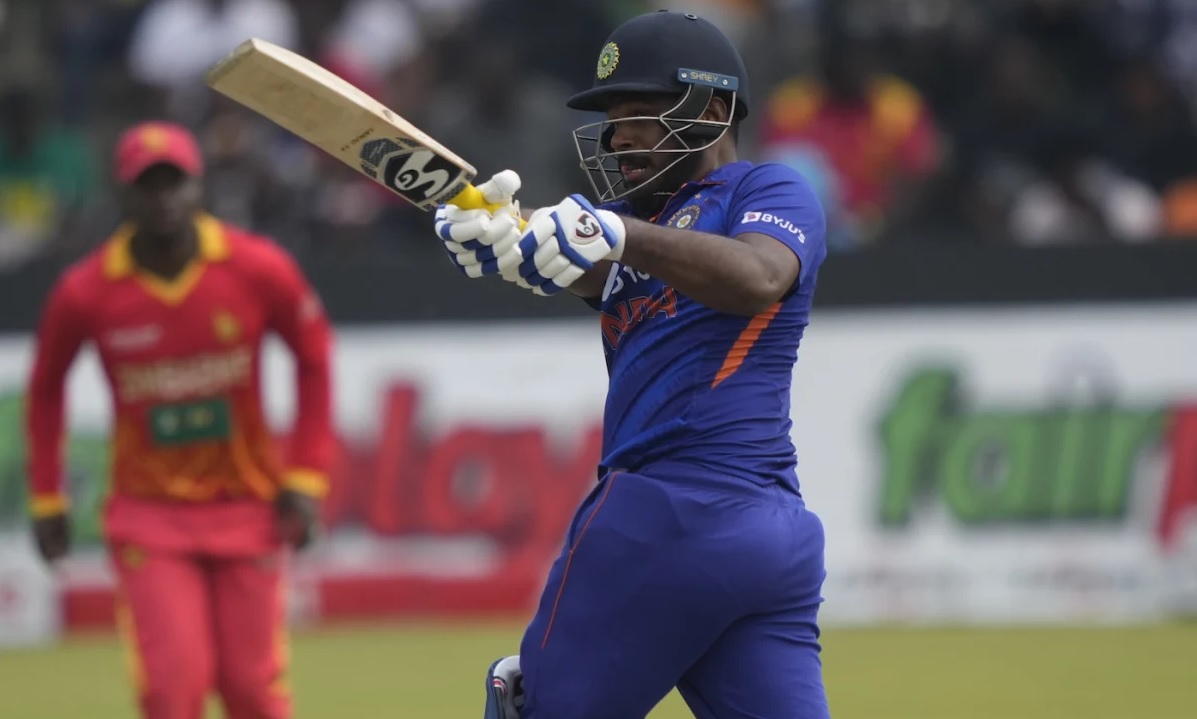 India wicketkeeper-batter Sanju Samson revealed that not having much time at the crease with the bat led him to be pumped-up about-facing a pressure situation in the second ODI against Zimbabwe.

In that match, where India were 97/4 in a chase of 162, Samson hit three fours and four sixes to be unbeaten on 43 off 39 balls and shared a 56-run stand with Deepak Hooda (25, including three fours) to get the match in India's favour with 146 balls remaining. He also took the player of the match award as India took an unassailable lead in the three-match series.

"I haven't got much time in the middle, so I wanted to test myself in a pressure (situation). I was really pumped up to be there in pressure situation and they were also bowling well with good bouncers. I really enjoyed the time in the middle," said Samson in a chat with broadcasters ahead of third ODI on Monday.

Despite making his international debut in 2015 and ODI debut in 2021, Samson has largely been in and out of the national side. Asked about his feelings while coming in and out of the national set-up, Samson remarked, "I am a believer that whatever you go through in your career, you have to take it in a positive manner. It was tough watching all your friends play for the country."

Samson credited his captaincy stint with Rajasthan Royals in the IPL for furthering his perspective about the game. "It (captaincy of Rajasthan Royals) has changed my perspective towards cricket. Earlier I used to think only about my batting, my game. Captaincy helps bring about a different mindset -- think about others as well apart from your game and helps me improve my cricketing brain. It has helped me to grow as a batsman and cricketer."

Samson, 27, signed off by paying gratitude to fans supporting India wherever they go to tour, especially to the ones from his home state, Kerala. "I feel very surprised (on his fan following) that despite playing very little for India, I get good support and hear loud cheers from the fans everywhere we travel."

"I feel there are a lot more Malayalis as I hear cheers of "Chetta, Chetta (brother in Malayalam)". I am really proud to be a Malayali and represent my country as a Malayali cricketer."