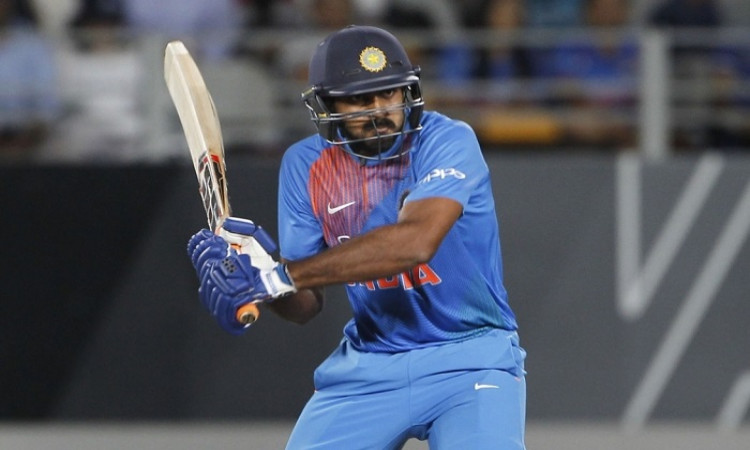 New Delhi, March 12 (CRICKETNMORE):  With the fight being still on for Team India's number 4 batting slot for the upcoming World Cup 2019, former Indian cricketer Sanjay Manjrekar believes Vijay Shankar should be considered for filling the position.

Ambati Rayudu's name was being earlier considered for the slot, which plan, however, did not work out.

Manjrekar said Shankar's abilities to rotate the strike, beside being quite capable of going big when required, fits him in the crucial batting position.

"Vijay Shankar is my number 4 for his ability to hit sixes as well as rotate the strike. Play him as a batsman. As a bowler, he's worth only three-odd bonus overs, not seven or the full quota of 10," the former cricketer was quoted as saying by the Times of India.

On Rayudu, Manjrekar said: "After his 90 against New Zealand in Wellington, I was sure he had cemented his spot. But three low scores and the rise of Vijay Shankar thereafter have put his place in question."

"He (Kohli) must bat at No. 3. There is no point in demoting our best batsman, who has set the winning culture in this team," he opined.

In the recent times, Shankar has perfectly played the role of an all-rounder and is believed to have booked a ticket for the showpiece event starting May 30 in England and Wales.