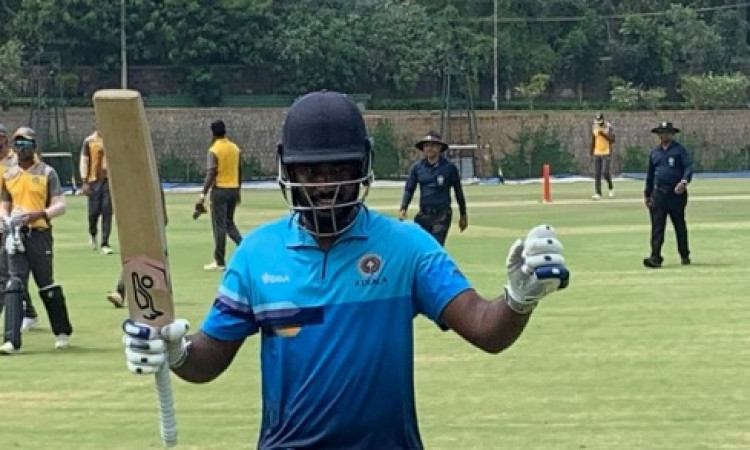 Samson played a scintillating 212-run knock in the Vijay Hazare group game between Kerala and Goa. His 129-ball innings was studded with 12 fours and 10 sixes. His innings helped Kerala post 377/3 in their stipulated quota of 50 overs at the KSCA Cricket (2) Ground.

Samson's 212 is now the highest score in the Vijay Hazare Trophy by an individual, as he surpassed Karanveer Kaushal's 202 which came for Uttarakhand against Sikkim last year.

Before this, the Kerala wicketkeeper hadn't scored a single century in List A cricket. He had just one half-century under his belt in the five matches in the tournament.

During the knock, Samson also smashed the record for the fastest List A double century by an Indian, as he reached the 200-run mark in 125 balls.

The 24-year-old has been making a strong claim for the wicketkeeper's role in the Indian team. He was in top form in the recent unofficial ODI series between India A and South Africa A which took place in Thiruvananthapuram