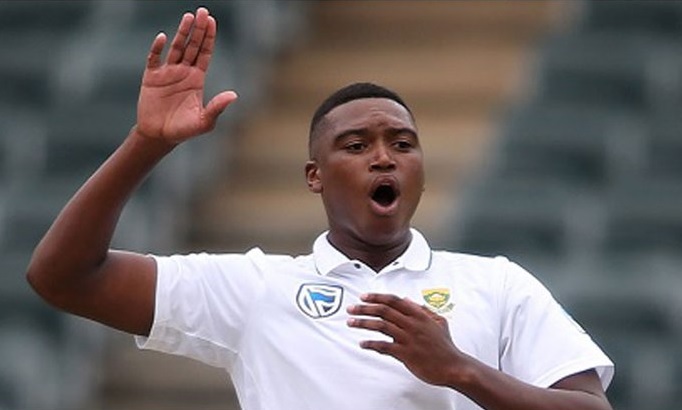 "The fact that some past players have an issue with Lungi Ngidi stance on #blacklivesmatter movement is actually the reason why we are still here today saying black lives matter. Smfh #standupbrother we here with u (sic)," he tweeted.


James Anderson one of the best exponents of reverse swing: Sachin Tendulkar

Ngidi had said that South African players should take a stand on the BLM movement, especially considering the history of segregation in the country.

"As a nation, we have a past that is very difficult, with racial discrimination, so it's definitely something we will be addressing as a team and if we are not, it's something I will bring up," Ngidi said, at a virtual press engagement on Monday afternoon. "It's something that we need to take very seriously and like the rest of the world is doing, make the stand."

However, former players like Boeta Dippenaar, Pat Symcox and Rudi Steyn have criticised Ngidi, stating that South Africa should also make a statement on attacks on white farmers across the country.

"I am afraid to say 'Black Lives Matter' have become nothing more than leftist political movement," said Dippenar on Facebook.

The fact that some past players have an issue with @NgidiLungi stance on #blacklivesmatter movement is actually the reason why we are still here today saying black lives matter. Smfh #standupbrother we here with u