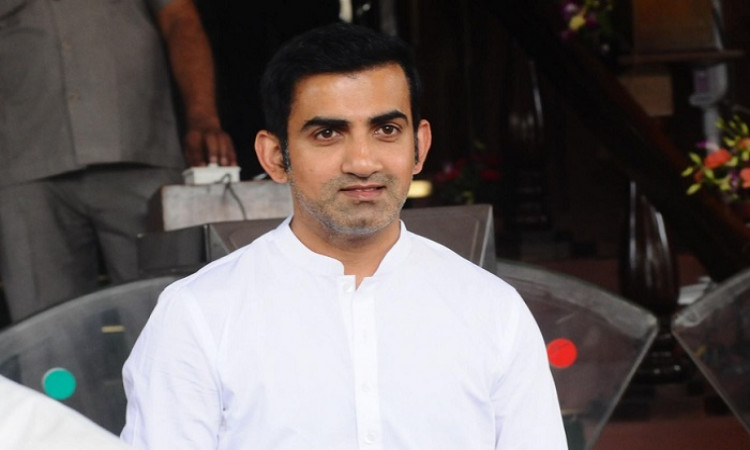 New Delhi, May 19:  Former Indian cricketer Gautam Gambhir feels there would be apprehensions in the minds of the players once they go back on the field and take part in competitive sport post the COVID-19 lockdowns.

All cricketing activities across the world have been suspended since mid-March following the outbreak of novel coronavirus which has claimed more than 3 lakh lives thus far across the world.

"It depends from individual to individual (fear in mind of cricketers). But yes there will be little apprehensions, when they go out and play. Probably after some time, it will go in the heat of the game once players are on the pitch and will ease into the game and will be excitement to be out and playing," Gambhir told IANS.

The COVID-19 pandemic brought the sporting world to a halt. While footballers have recently returned to the pitch, IPL 2020 currently stands postponed while there are even doubts on the T20 World Cup.

However, Gambhir believes that if the International Cricket Council (ICC) is able to take all the participating cricket nations on board, the tournament might take place as per schedule in October-November in Australia.

"It depends on BCCI, ICC and the other boards, what they believe in. They have to get all the various stakeholders involved, including all cricketing nations and they have to come together and decide.

"All the cricketing nations if they come together on board then the T20 World Cup will go ahead, otherwise I don't see it happening," he said.

One of the talking points of post-COVID cricket has been the ban on the usage of saliva to shine the ball when the sport resumes in order to stop the transmission of the virus. In fact, the ICC Cricket Committee has also recommended the ban on saliva usage and a decision on the same can be expected next month.

However, Gambhir fears the recommended saliva ban could further take the game -- which is already titled towards the batters -- away from the bowlers.

"It will be the hardest thing for the bowlers. The ICC have to come out with an alternative. Without shining the ball, I don't think it will be an even contest between bat and ball," Gambhir, who is now a politician, said.

"If they don't allow using saliva, they will have to come up with an alternative to help the bowlers to shine the ball. It's going to be very important otherwise there would be no fun watching cricket," he added.

All the cricketers have been confined to their homes since March 24 when the nationwide lockdown was announced in India. It has been extended thrice and is now slated to be in place until May 31.

During this period, Indian cricketers have been working on their fitness as per the program deviced by the BCCI trainers.

According to Gambhir, cricketers would not face difficulties in terms of fitness and mental health once they resume their training. However, it will be the skills which the former Indian opener believes the cricketers would find it difficult to fine tune.

"It is not difficult from the fitness point of view as athletes have become very professional and they have their own schedules and programs and which they can follow. Lot of people have their own spaces or gyms," said the 2011 World Cup winner.

"But from a skill point of view it is very difficult, as till the time you don't go outside and practise your skill, it will be difficult to improve your skills.

"And on a mental level, it is much more fresher, as you can start working on the game, thinking what needs to be improved and what needs to be worked on. Fitness and mental stuff wont be an issue but honing skills is a concern till the time they don't go out and play," he added.

In the fourth phase of lockdown in India, stadiums have been opened and training behind closed doors for athletes has been allowed by the government. Gambhir believes its a good step as it indicates that we are somewhat going towards normalcy.