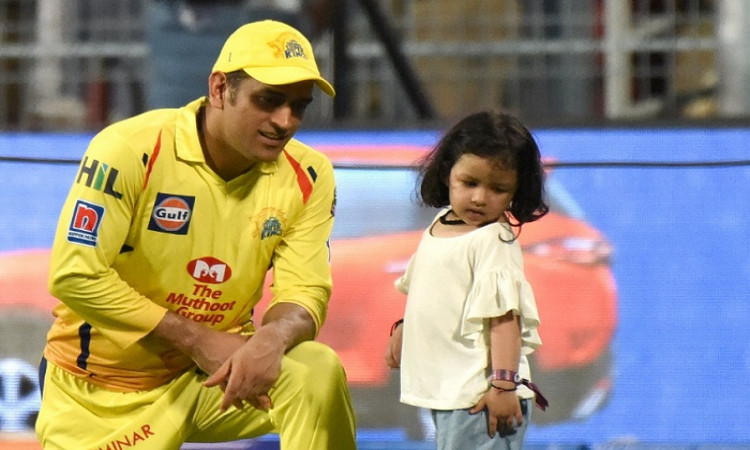 New Delhi, June 2:  M.S. Dhoni's love for bikes is well documented and in a video posted by his wife Sakshi, the former India captain can be seen giving his daughter Ziva a ride in his residential compound.

The video was tweeted on Tuesday by Chennai Super Kings. "When 'crazy lightning' and 'happiness' are rolled into one!" they tweeted alongwith the video.

While most cricket stars have been active on social media during the ongoing freeze in the cricket calendar due to the coronavirus pandemic, Dhoni has largely stayed away from the limelight. He has surfaced only in videos posted by Sakshi on her Instagram handle.

Dhoni's CSK teammate Suresh Raina said that the wicketkeeper has been preparing differently for the 2020 edition of the Indian Premier League (IPL).

"The first few days he took it lightly and just focused on going to the gym but he was playing the shots beautifully and his fitness level was great and he was not getting tired," Raina said while speaking on Star Sports Cricket Connected show.

"His preparations were different this time, I have played with him over the years with the national side and IPL getting ready but it was different this time, so I just hope the matches can start quickly then everyone can see how well prepared he is and see what I saw myself LIVE in the two months of camp that we had," he added.

The 2020 IPL is supposed to see return of Dhoni to cricketing action as the wicket-keeper is on a break since playing in the semi-final of the 2019 World Cup where India lost to New Zealand.

"When someone works hard, then the prayers and blessings find their way to them," said Raina.