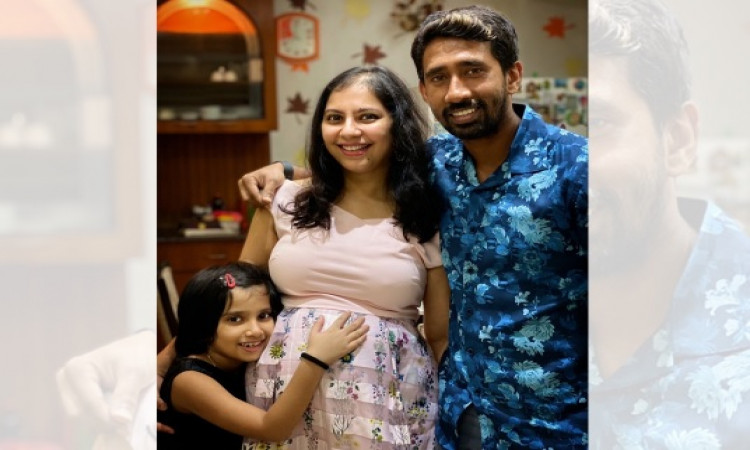 New Delhi, Oct 25  Wicketkeeper Wriddhiman Saha has announced that he and wife Romi Mitra are expecting a second child. Saha made the announcement on Twitter on his 35th birthday on Thursday.

"This birthday is a bit special...we are eagerly waiting to welcome a new addition to our family. Proudly announcing that we are expecting a baby for the second time! Keep us in your prayers!" he tweeted.

Saha, who has been India's first choice Test wicketkeeper since the retirement of former captain MS Dhoni in 2015, had recently made a comeback to the national side after a lengthy spell on the sidelines due to injury. Although he rarely got to bat in the recently concluded series against South Africa, Saha was influential behind the stumps with bowlers like Umesh Yadav hailing his efforts.

He is next expected to feature for the Indian team in their upcoming two-Test rubber against Bangladesh. The tour starts on November 3 with a three-match T20I series and will be followed by the two Tests. The first will be played in Indore from November 14 to November 18 and the second will be in Kolkata from November 22 to 26.