Sad we missed the opportunity to beat India: Gulbadin Naib 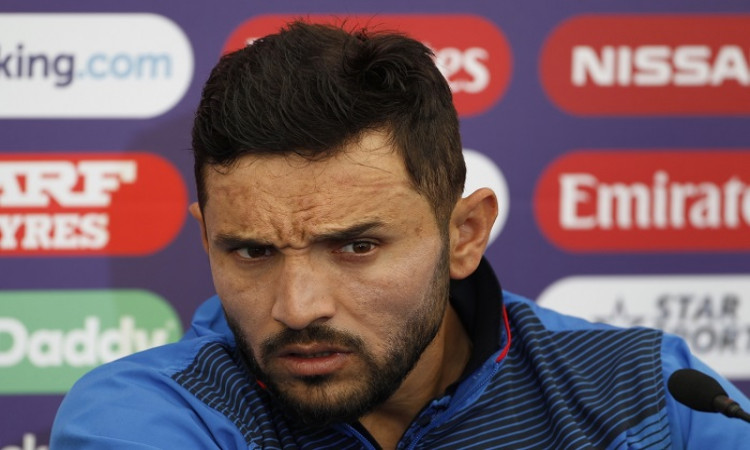 Southampton, June 23 (CRICKETNMORE):  Afghanistan captain Gulbadin Naib was left disappointed after his team lost the chance of beating India, one of the favourites for the ongoing World Cup in their group stage match at the Ageas Bowl.

On Saturday, Afghanistan did all the hard work in restricting India to a below-par total of 224/8. However, it was their batting which couldn't match the performance of their bowlers as they lost the thrilling encounter by 11 runs, thus registering their sixth straight loss in the ongoing tournament.

"We are sad because we have a chance to beat this kind of team. In the World Cup, it's a big achievement for any team. But the big teams, they don't give you a single chance. Today we missed an opportunity to win, to beat India, one of the best sides," Naib said at the post-match presser.

The Afghan skipper was full of praise for Mohammad Nabi, who performed with both ball and bat and kept his team in the hunt during the entire course of 100 overs.

Nabi picked two wickets and was his side's highest scorer with 52 runs before falling in the last over of the day as Mohammed Shami claimed a hat-trick to win the match for the Men in Blue.

"Today Nabi showed the skills, how he's one of the best players of Afghanistan and also in the world," Naib said.

"Actually, we planned that we're going to take the match at the end to the (last) five overs. So Nabi played really well according to the plan," he added.

Naib said his only regret was that despite restricting India to a low total, his batsmen weren't able to rack up quite enough runs to claim what would have been the biggest upset of the tournament by far.

He also said that the target of 225 was chaseable and one of their batters needed to get a score of 80 or 90 to help them cross the line.

"The score is chaseable, but I think we didn't take our responsibilities, especially on the batting side," he added.

After losing their first four matches rather easily, Afghanistan came with a much improved performance in the next two matches against England and India, something which Naib was happy with despite the results not going in their favour.

"When we played (our) first four games, we lost really badly, and then we played against England and now India - strong sides and also they are the favourites of the tournament. So I think we're now getting better and better day by day," Naib said.

Afghanistan will next play Bangladesh on Monday at the Ageas Bowl.