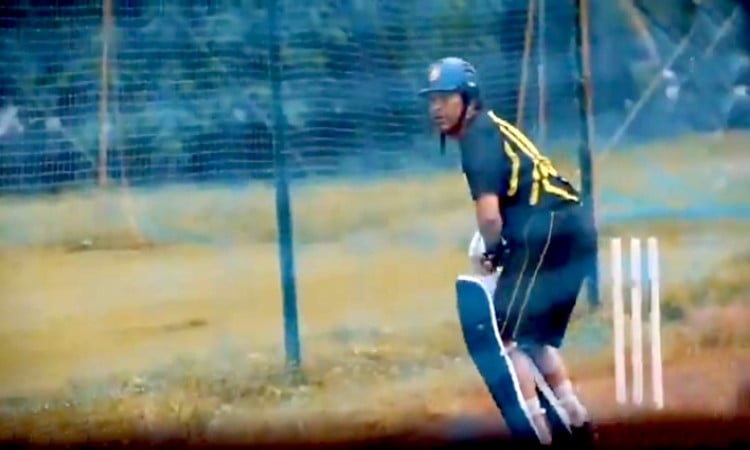 "Love and passion for the game always helps you find new ways to practice, and above all to enjoy what you do," Tendulkar wrote on Twitter along with the video where he is seen batting on a track which has standing water.

Tendulkar, who is regarded as one of the best batsmen the sport has produced, is seen displaying his full repertoire.

Tendulkar recently revealed in a LinkedIn video that he had to "beg and plead" for the opener's slot so that he could play in an aggressive manner, which was not the norm back in those days.

"In 1994, when I started opening the batting for India, the strategy used by all the teams was to save wickets. What I tried to do was slightly out of the box. I thought I could go upfront and take the opposition bowlers on. But I had to beg and plead to give me a chance. If I fail, I won't come after you again," Tendulkar said in the video.

"In that first match (against New Zealand at Auckland), I scored 82 off 49 balls, so I didn't have to ask again if I would get another chance. They were keen for me to open. But what I'm trying to say here is, don't be afraid of failure," he said.

Love and passion for the game always helps you find new ways to practice, and above all to enjoy what you do.#FlashbackFriday pic.twitter.com/7UHH13fe0Q