Cricket icon Sachin Tendulkar on Monday revealed on twitter that the West Indies cricket board, its team, and retired batting legend Brian Lara had presented to him on the occasion of his 200th and last Test match, against West Indies, in Mumbai in November 2013. 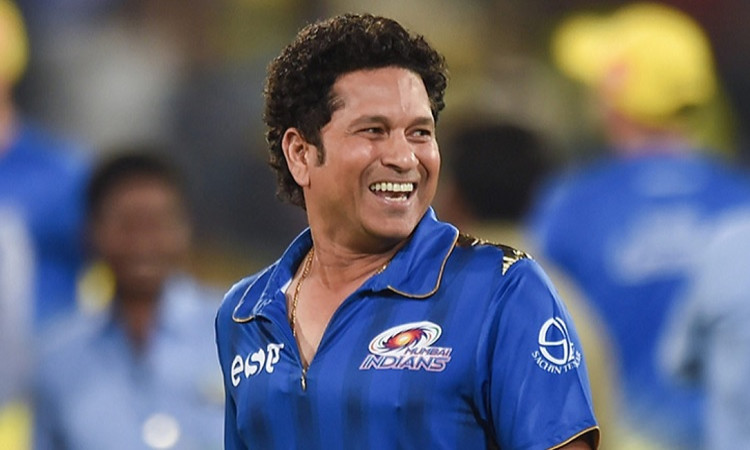 Tendulkar posted a one minute, 15 seconds video on his twitter handle, and played the "beautiful drum", which Lara had earlier played when he had visited the batting maestro's home in Mumbai.

"#OnThisDay 7 years ago @windiescricket and my friends @BrianLara & @henrygayle presented me with this beautiful steel drum. Drum I will always be grateful for such a wonderful gift and thank them for their love and respect. Thank you once again. @BCCI," Sachin tweeted.

Gayle was part of the West Indies team in that Test.

"Exactly sever year ago, on this very day I was presented with this beautiful steel drum by the West Indian cricket board, the entire team and my dear friend Brian Lara. To me this represents love and respect that you have had for me, and I reciprocate that. Thank you so very much for the special gift," Tendulkar said in the video.

"I remember when Brian Lara had come home, he had played this and it sounded amazing. Let's see if I can play a bit. I know it's not gonna sound like that but this is my tribute to all of you. Thank you for everything that you have done for me," he said and then played the drum.

India won the Tendulkar's 200th Test by an innings and 126 runs at the Wankhede Stadium, where his mother made a rare appearance to watch him play.

Tendulkar is the only player in Test history to appear in 200 matches. He is also the first player to score 100 international centuries, across the three formats.

#OnThisDay years ago @windiescricket and my friends @BrianLara & @henrygayle presented me with this beautiful steel drum.

I will always be grateful for such a wonderful gift and thank them for their love and respect.

Thank you once again. @BCCI pic.twitter.com/JtpZB8XV1Z