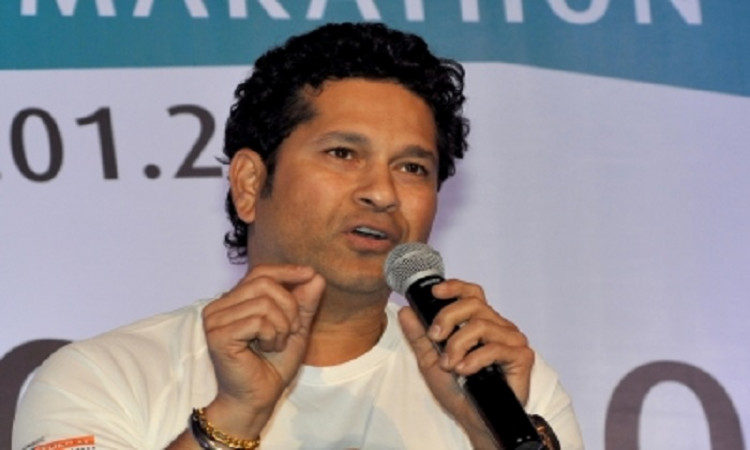 New Delhi, July 5: Batting great Sachin Tendulkar on Sunday paid tribute to 'three people' who according to him, played integral roles in his life as far as his illustrious cricket career is concerned.

In a video that he posted on his social media handle on the occasion of Guru Purnima, Tendulkar can be seen talking while holding a bat.

"Whenever I pick up a cricket bat I think of three people who played an integral part in my life in making me who I am today," Tendulkar said in the video uploaded on his Twitter handle.

Tendulkar first took the name of his brother and revealed he was the one who took him to coach Ramakant Achrekar.

"One thing I know for sure that my brother was not there physically every time I walked out to bat but he was always there mentally. So whenever I walked out, I knew my brother is also walking out with me."

Then, 'The Master Blaster' paid tribute to Acherekar himself. "What can I say about Achrekar sir, the number of hours he spent on my batting, taking down all those notes. Be it a match or a practice session, he would note down all those mistakes and areas where I could get better. I spent hours on end discussing cricket with him."

Tendulkar said that the third person he thinks about is his father.

"Third is my father, who always told me, don't take shortcuts. Prepare yourself properly and above all don't ever lower your values. However much I talk about these three gentlemen, it is never enough," he said.

On Guru Purnima, I want to thank all the people who have taught & inspired me to give my best. However, to these three gentlemen I am ever grateful. #GuruPurnima pic.twitter.com/PB3Oszv97f