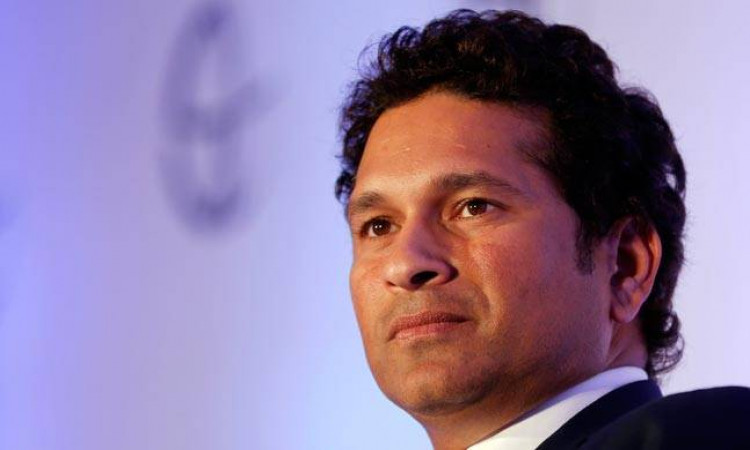 Sachin highlighted Kohli's continued love affair with the Adelaide Oval, where he struck his 39th ODI ton to guide the side to the victory while the Mumbaikar's former opening partner Virender Sehwag said the middle order needs to play a few more match-winning knocks ahead of the ICC World Cup in England and Wales.

"A great win and a fabulous innings by @imVkohli. Yet another at his adopted home ground. Excellent role played by @msdhoni and @DineshKarthik to take India over the line," Sachin said in a tweet.

Kohli, who scored a defiant 104 was engaged in an 82-run fourth wicket stand with Dhoni, whose unbeaten 54-ball 55 eventually guided India over the line with four balls to spare.

The other India stalwarts to have lavished praises on the duo are V.V.S. Laxman, Mohammed Kaif and Harbhajan Singh alomg with noted commentator Harsha Bhogle.

"Fantastic run chase by India. Excellent 100 from Virat, he makes it look very easy. Was wonderful to see Dhoni finish of the game beautifully and Dinesh Karthik's cameo was very very important in the end. The final game should be a cracker," Laxman said.

Mohammed Kaif in his tweet wrote: "Excellent reading of the game today by Dhoni. Karthik in the end made it easy for him but it was yet another masterclass by Kohli that made the difference."

Harbhajan on his part said: "Well done Team India @BCCI congratulations @imVkohli yet again top in and good to see old touch of @msdhoni coming to the party. That's the way.. keep up the good work."

Bhogle praised Dhoni's fitness while saying: "Dhoni has shown his class here. Just understood the situation beautifully. And this is a tribute to his fitness."