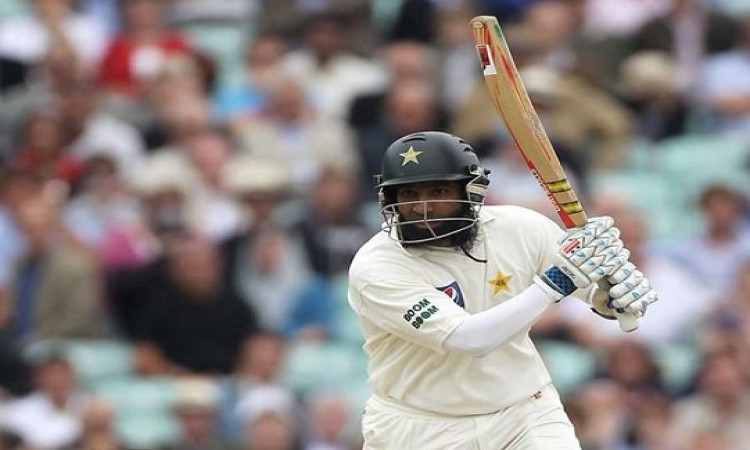 With no cricket being played due to coronavirus pandemic, former and current players are keeping themselves busy by engaging with fans on social media.

Yousuf -- who is the fourth highest run-getter for Pakistan in Tests -- was asked to pick the number one between Tendulkar, Lara, Ponting, Jacques Kallis and Kumar Sangakkara. The user didn't offer any particular criteria, just asked the former cricketer to pick the No.1 among these high-profile cricketers.

Yousuf picked Tendulkar as No.1 followed by Lara, Ponting, Kallis and Sangakkara. He was then asked about his favourite cricketer by a different user and Yousuf replied: "Sachin and Brian Lara."

This is not the first time when Yousuf has spoken out regarding his admiration for Indian cricketers, especially Tendulkar. Earlier, he had said that current crop of cricketers cannot be compared to Tendulkar, Rahul Dravid and other stars from the past.

"In the past, teams such as India, Australia and South Africa had three-four quality players in the side. India, for example, had players like (Rahul) Dravid, Sachin (Tendulkar), (Virender) Sehwag, (Sourav) Ganguly, (VVS) Laxman and Yuvraj Singh. These six batsmen were playing in a single team," Yousuf said during a TV show as quoted by Cricket Pakistan.

"The current Indian team does not have such batsmen. You can't compare the current players with the class of Sachin and Dravid," he said.