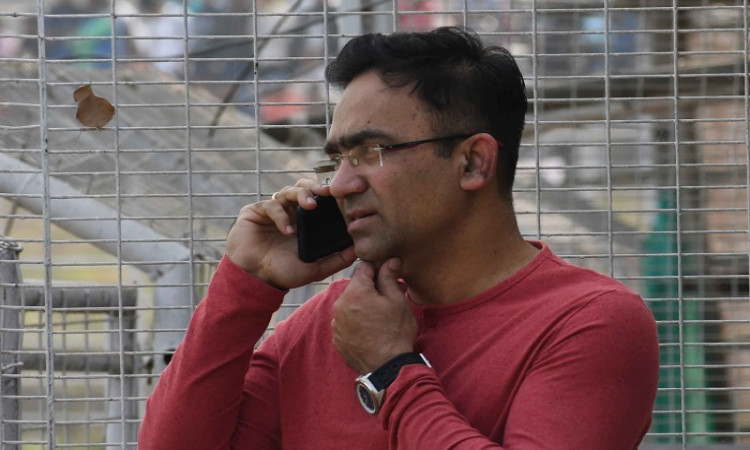 New Delhi, May 17 (CRICKETNMORE):  After Maldives President Ibrahim Mohamed Solih was in India to watch the Indian Premier League game between Royal Challengers Bangalore and Chennai Super Kings, it has now been learnt that it wasnt a one-off programme. The Committee of Administrators (CoA) monitoring the Board of Control for Cricket in India (BCCI) is now set to send GM Cricket Operations Saba Karim to Male to study the position of the gentleman's game in the country and the development program it requires.

The move has come as a complete surprise for BCCI officials, who feel that at a time when there is already so much on the plate for the board after the induction of nine new teams in the domestic structure, the out-of-the-way effort to develop the game in another country could have come later.

"There is so much work to be done in the Northeast and you have the BCCI GM Cricket Operations gallivanting away to the Maldives rather than spend valuable time in the Northeast. The state associations that develop the game and work at the grassroots have been denied the money that is rightfully theirs, but here BCCI money is being spent to send Saba off to Maldives. Do they not understand that the 'I' in BCCI stands for India?

"Even if cricket diplomacy is to be considered, who in their right minds would think about Maldives or Indonesia for that matter when the focus has to be on relations with Australia, South Africa, New Zealand etc," a senior BCCI official told IANS.

"Is there some personal agenda? Is someone hankering for an assignment in Maldives after a BCCI assignment?"

Another senior functionary spoke about how it has all become a theatre of absurd as people are now keen to go on foreign projects than help develop and rework the infrastructural issues concerned with Indian cricket.

"We don't have time to restart the Umpire's Academy, but the CFO visits the US under questionable circumstances, the GM Cricket Operations is visiting England and Maldives, the COO of the NCA is off seeing the Australian Open. This is hilarious.

"And for all you know, the CEO will probably end up with an enquiry or two once the Supreme Court reopens after the break despite throwing about names in every conversation he starts. This is the legacy of the CoA," the functionary rued.

"With only two home series as far as women are concerned in the next four years, instead of concentrating on the wave of women's T20 challenge the CoA seems to be working on taking the development mantle.

"Is that the role of the CoA or is someone trying to justify trips that are being proposed? Also what exactly was Karim's role when he was appointed by BCCI? Wasn't women's cricket development under him?"

Efforts to get in touch with Karim failed as he did not respond to calls.