On a cloudy Wednesday at St Lawrence Ground in Canterbury, Harmanpreet led from the front with a sensational knock, laced with 18 fours and four sixes, to take India to 333/5 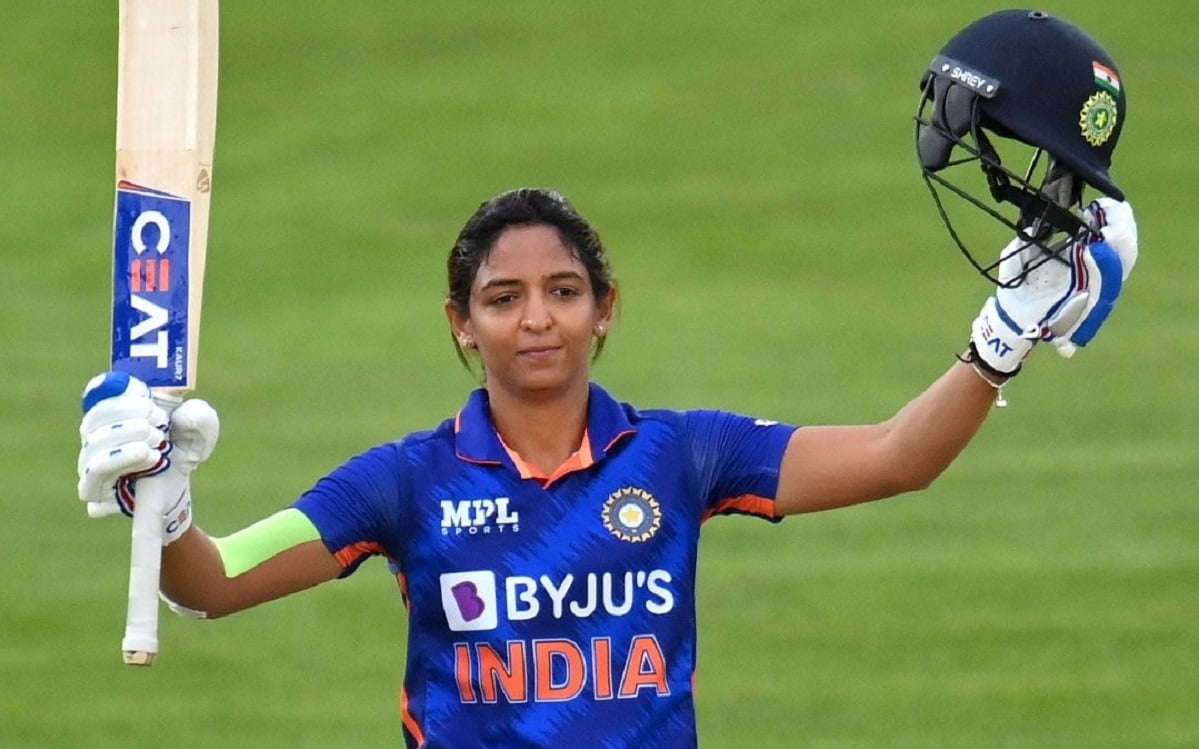 Saba Karim, the former India wicketkeeper-batter and ex-member of the senior men's selection committee, was elated with how captain Harmanpreet Kaur smashed a monumental 143 off just 111 balls in the second ODI against England, pointing out that the right-hander was batting with far more freedom, which made for a heartening sight.

On a cloudy Wednesday at St Lawrence Ground in Canterbury, Harmanpreet led from the front with a sensational knock, laced with 18 fours and four sixes, to take India to 333/5 and set the base for an 88-run series-clinching victory over England.

India would now be looking to end the tour on a high in the final ODI at Lord's on Saturday, which is also ace pacer Jhulan Goswami's last international game.

"Incredible achievement and India has done this after 23 years (winning an ODI series in England) if my memory serves me right. Wonderful performance by the ladies. It was so great to see Harmanpreet bat in that manner, she's batting with far more freedom which is very heartening to see."

"I feel at this stage the Indian side is largely dependent on Smriti Mandhana and Harman, whenever either one of them scores the other batters in the side tend to ride the wave, which is perfectly fine. So, it's good to see the Indian team doing so well in England," said Karim on 'Sports Over The Top' show on Sports18.

Harmanpreet arrived at the crease when India were 99/3 in 19 overs. With youngster Harleen Deol (who made 58 off 72 balls) for company, Harmanpreet went about the rebuilding job. She got her fifty in 64 balls, sharing a 113-run stand for the fourth wicket with Harleen.

After that, Harmanpreet accelerated brilliantly, getting her next 50 runs in 36 balls. She went on to score her last 43 runs off just 11 balls as India took a whopping 62 off the last three overs. Harmanpreet also shared an unbeaten 71-run stand off just 24 balls with Deepti Sharma to bat England completely out of the match.

Highlighting the performance of Harleen and left-handed batter Yastika Bhatia, who made a fifty in the first game where vice-captain Smriti Mandhana top-scored with 91, Karim spoke on how India has improved their performance over time. "Yes, and the others are learning from them. You see Harleen Deol putting some runs on the board. In the previous match, Yastika Bhatia who came to bat at number three, she's doing very well."

"I think both these batters, Harman and Smriti Mandhana can bat with more freedom and they can express themselves in the freedom that they are others who are backing them, that is something that is happening right now."

"The gradual improvement in performance from the other batters in the lineup, in addition to Harmanpreet and Smriti Mandhana, speaks volumes of the kind of effort these girls have made in the preparation and now the execution of the game plan," signed off Karim.