Centurion, Dec 30:  South Africa batsman Kegan Petersen has been named as a replacement for injured Aiden Markram for the second Test against England beginning next week at Newlands. 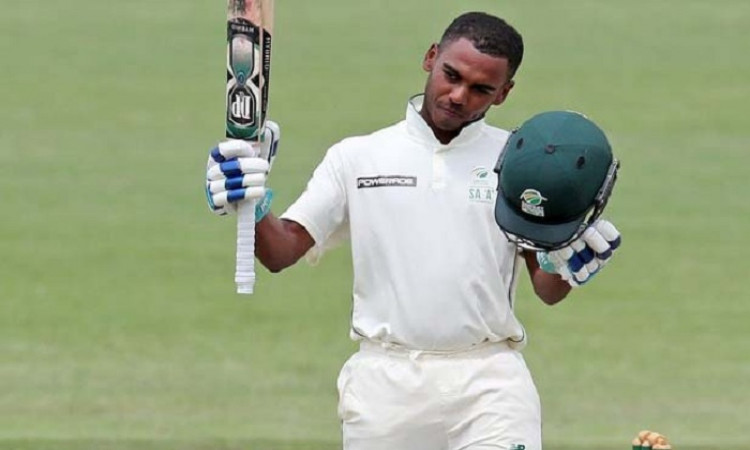 Markram will go under the knife early this week after sustaining a fracture to his fourth left finger on Day Two of the first Test which Proteas won by 107 runs.

"After consulting with a number of hand specialists we have arrived at a decision that the best outcome would be achieved through surgical reduction and fixation. This would mean him unfortunately missing the rest of the series against England.

"We feel for Aiden who worked extremely hard to come through his previous hand fracture sustained in India to be Test match ready," he added.

The uncapped Petersen has been drafted into the squad, owing to excellent domestic performances. The 26-year-old has 88 first-class matches under his belt for Boland since his debut in 2012 and has scored 5,490 runs at an average of 40.66, including 15 hundreds.

Recently, he scored 111 for South Africa A against the English in a tour match in Benoni last week, and made 155 for Northern Cape against Western Province in Kimberley last month in a second-tier first-class game - his most recent innings at that level.

The second Test begins on January 3 in Cape Town.