RSA vs BAN 1st test: Bangladesh, who will be looking to add to their white-ball series win against South Africa struggled with the ball 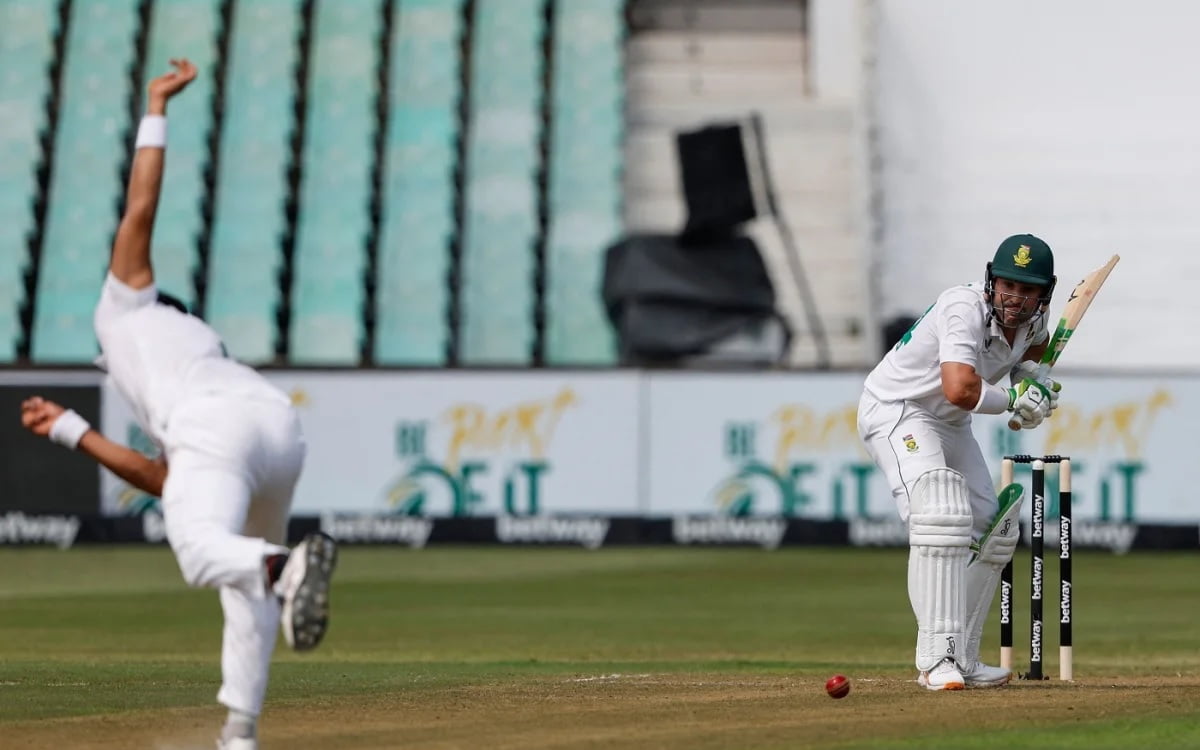 South Africa skipper Dean Elgar (67) and Temba Bavuma (53 not out) scored patient half-centuries as the home side reached 233/4 on a curtailed Day 1 against Bangladesh in the first Test at Kingsmead here.

Bangladesh, who will be looking to add to their white-ball series win against the Proteas, struggled with the ball, with Mehidy Hasan Miraz the pick of the bowlers with 1/57 off 26 overs on Thursday.

After winning the toss, Bangladesh chose to bowl first on an unusual brown-green Kingsmead pitch. With their key pacer Shoriful Islam out due to niggle, Bangladesh went with a three-seam option and included Mehidy in the eleven as their only spin-bowling option. Opener Tamim Iqbal was missing from the starting eleven due to a stomach ache.

The Proteas opted for with two frontline spinners in their squad as they included Simon Harmer to partner Keshav Maharaj, anticipating the pitch to be slower than usual. Also, in the absence of some key players, South Africa handed Test debuts to Lizaad Williams and Ryan Rickelton.

The opening session was delayed owing to a sight-screen malfunction. However, after a 35-minute wait, the session began, and Dean Elgar and Sarel Erwee made sure they got off to a strong start in the first Test of the two-match series. The two batters took advantage of the conditions and scored swiftly, leaving Bangladesh to question their decision to bowl first.

Despite having three seam bowling options, Bangladesh struggled to find wickets in the opening session, as the South African openers sailed through the opening stint. Elgar from the start of his innings looked set, as he only dealt in boundaries against the seamers, particularly Ebadot Hossain. He smashed three fours in the 12th over to bring up South Africa's fifty.

Nothing appeared to work for Bangladesh as Elgar remained untroubled, timing both full-length and short deliveries to perfection, and he soon brought up his half-century from 60 balls.

Erwee, at the other end, took his time to settle in and kept rotating the strike, allowing Elgar to anchor the innings. However when Taskin Ahmed came up for his second spell, Bangladesh were able to cause some trouble for the batters, but it was not enough to get the much-needed breakthrough. The introduction of spin against the two left-handers halted the flow of runs, as Mehidy Hasan bowled an accurate length to keep the batters in check.

Bangladesh could have gotten some relief had Liton Das grabbed the opportunity just before lunch. In the last over before lunch, Erwee edged one to the wicket-keeper while trying to slash a short delivery from Mehidy, but Das dropped an easy catch and South Africa went for lunch on 95/0, with Elgar (60 not out) and Erwee (32 not out) inching closer to their century opening partnership.

After the break, the openers continued the steady flow of runs, making the Bangladesh bowlers toil. In the 34th over, the visitors finally broke the opening stand. Khaled Ahmed drew the first blood with Elgar gloving it behind the wickets where Das took a good diving catch. The 113-run opening partnership was ended with Elgar walking back for a solid 67.

One brought two for Bangladesh as in the next over Erwee was bowled by Mehidy for 41. All of a sudden, South Africa were two down, with both set batters back to the dugout.

The hosts went to tea at 165/3, with Bavuma on 22 not out and debutant Ryan Rickelton keeping him company on an unbeaten 11. Rickelton was the only wicket to fall after tea in a shortened session as bad light stopped play.