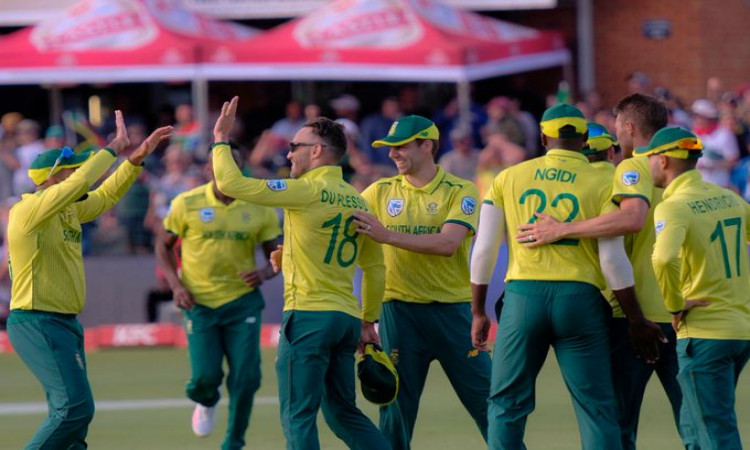 Opener David Warner was unbeaten on 67 off 56 balls at the end of the chase but Australia were 146/6 in reply to South Africa's 158/4. Ngidi gave South Africa the breakthrough by dismissing Australian captain Aaron Finch in the fifth over.

Warner and Steve Smith were then unable to accelerate the run rate and the latter eventually fell for 29 to Dwaine Pretorius.

Warner looked to shift gears but hardly found a partner at the other end with Alex Carey, Mitchell Marsh, Matthew Wade and Ashton Agar all falling without troubling the scorecard too much.

South Africa won the toss and chose to bat first. While the first over produced just four runs, De Kock got the hosts off to a flier after that and they were 59/0 at the end of the powerplay. De Kock had scored 43 by then but Kane Richardson got Australia the breakthrough in the seventh over with Reeza Hendricks hitting the third ball of the over straight to deep square.

De Kock continued to chip away with former captain Faf Du Plessis and later Rassie Van der Dussen at the other end. Van der Dussen carried on before being dismissed by Richardson and South Africa were 158/4 at the end of the 20 overs.