South Africa's batsmen struggled on a slow pitch in the second Twenty20 international against England at Boland Park in Paarl on Sunday. 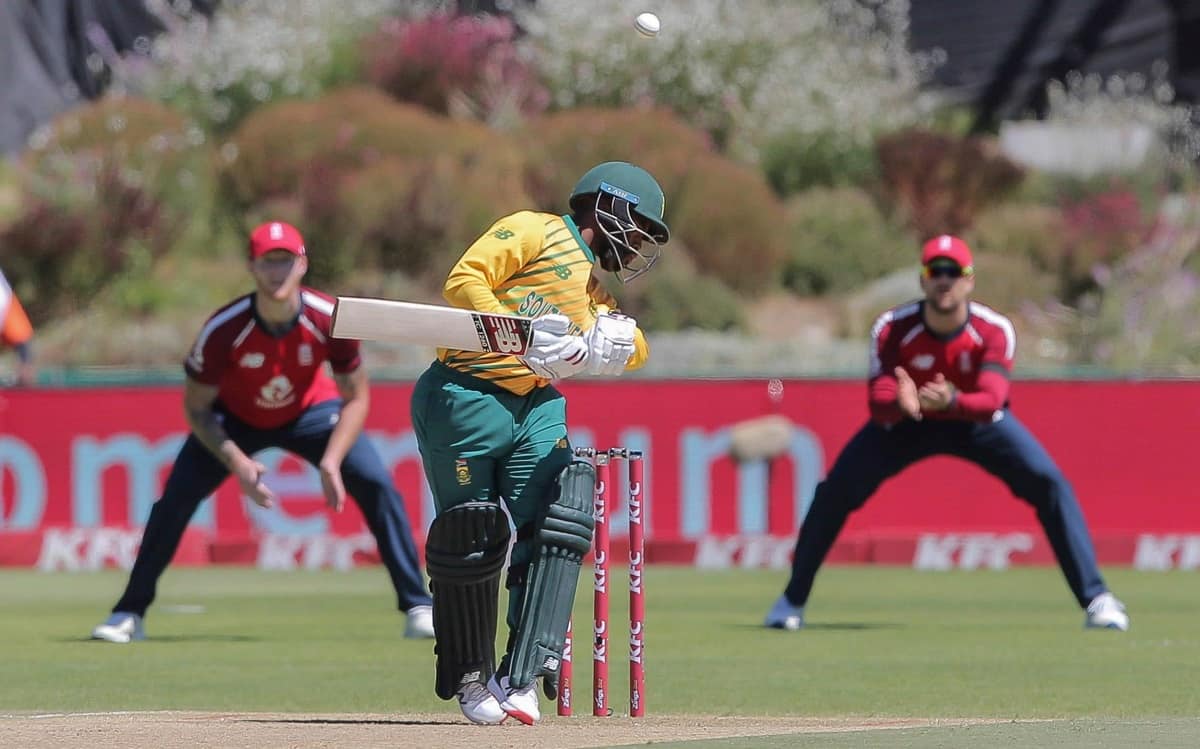 Needing a win to stay in with a chance of winning the three-match series, South Africa were restricted to 146 for six after being sent in to bat.


Ind vs Aus: Warner's Injury Will Be Good For Our Team, Says Rahul

Adil Rashid extracted turn from the pitch with his leg-spinners and googlies. He took two top-order wickets for 23 runs.

Rashid conceded only one boundary in his four overs, a reverse sweep by Reeza Hendricks. He struck back by bowling Hendricks with his next delivery when Hendricks missed a conventional sweep.

Rashid had Faf du Plessis stumped off a perfectly-flighted leg-spinner which drew the South African veteran out of his crease.

South African captain Quinton de Kock top-scored with 30 before a drive against Chris Jordan looped off the toe of his bat to Tom Curran at mid-on. It was Jordan's 65th wicket in T20 internationals, putting him level with Stuart Broad at the top of England's all-time list in the shortest format.

Bowling all-rounder George Linde, who made an impressive debut in a losing cause in the first match in Cape Town, scored 29 off 20 balls to give the innings some late impetus.