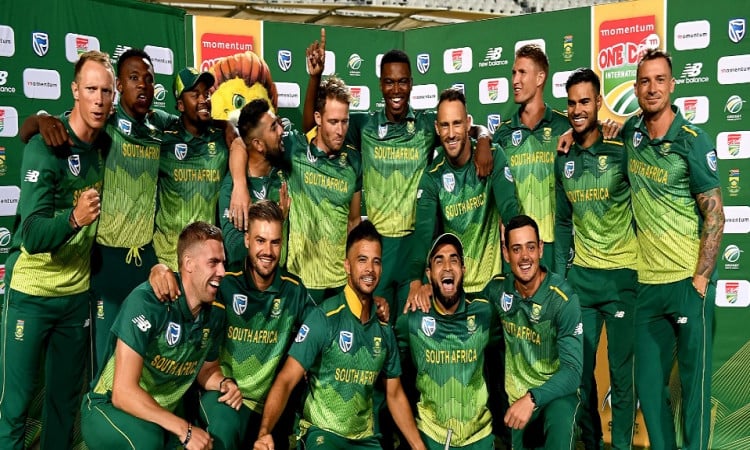 South African Sports Confederation and Olympic Committee (SASCOC), which is the controlling body for all high-performance sport in the country, has instructed Cricket South Africa's board and senior executives to step down.

According to a report in ESPNcricinfo, CSA members -- including acting CEO Kugandrie Govender, company secretary Welsh Gwaza and acting chief commercial officer Thamie Mthembu -- will no longer be involved in the day-to-day running of the cricket body and SASCOC will now appoint a task team to conduct an investigation into the affairs at CSA.

The panel will make findings and recommendations to SASCOC and CSA's Members' Council within one month of the finalisation of the members of the task team.

It is reported that the SASCOC took the decision unanimously at a board meeting on Tuesday because of what it said are "the many instances of maladministration and malpractice," at CSA which "has brought cricket into disrepute".

Last month, CSA had terminated its former CEO Thabang Moroe, almost nine months after he was suspended in December 2019. Moroe was fired on the basis of a forensic report which revealed "acts of serious misconduct". However, the CSA has not made the report available publicly or to SASCOC.

The move of SASCOC taking control over the CSA could fall foul of the ICC's rules on government interference and lead to the national team being kicked out of the game at international level.

In a statement, CSA has however said that "it does not agree with the resolution taken by SASCOC and has not had the opportunity to engage with SASCOC on various issues raised in the communication".

"...CSA is taking legal advice regarding the basis on which SASCOC has sought to intervene in the business affairs of CSA. CSA does, however, commit to engaging further with SASCOC to understand its position and to find common ground with it in the best interests of cricket," the statement read.

"The Members' Council and the Directors of the Board of CSA will hold a joint workshop this weekend to discuss critical matters," it added.

The development leaves cricket in South Africa at an uncertain juncture, with no fixtures finalised for the coming season which is due to start imminently after the Covid-19 hiatus.

It is believed that this will not affect South African players' participation at the upcoming edition of the Indian Premier League (IPL) or other competitions.