WATCH: Ruturaj Gaikwad Scripts History; Smacks 7 Sixes In An Over Against UP

Vijay Hazare Trophy: Ruturaj Gaikwad smacked 7 sixes in a single over and became the first batter to do this in List A cricket. 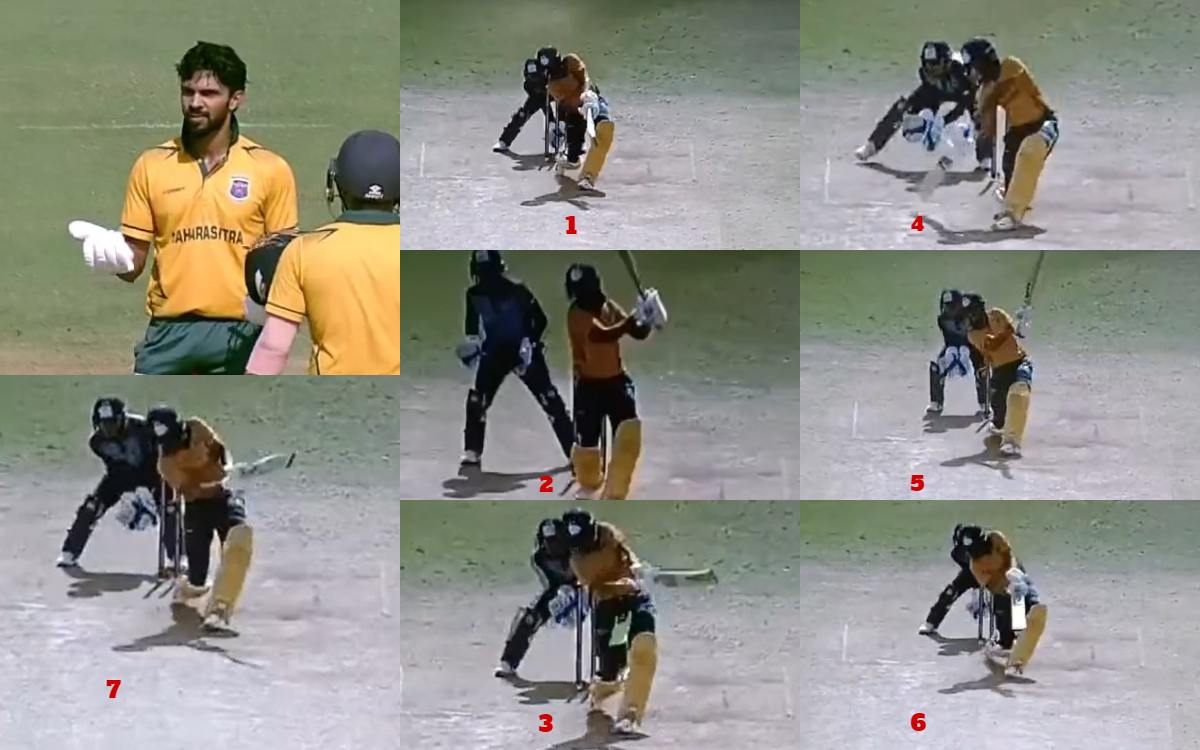 Vijay Hazare Trophy: Ruturaj Gaikwad, a young talented batter from Maharashtra, came out all guns blazing against Uttar Pradesh in Quarter-Finals, where he smacked an unbeaten double ton. However, the batter attained a remarkable record during this knock, Gaikwad smacked 7 sixes in a single over and became the first batter to do this in List A cricket.

After being put in to bat first, Maharashtra lost the opener, Rahul Tripathi, in the 10th over. However, captain Ruturaj Gaikwad held one end as he took the UP bowlers to the cleaners in his brilliant knock.

As left-arm orthodox bowler Shiva Singh came on to bowl the 49th over of the innings, Gaikwad was batting at 165 runs in 147 balls. Gaikwad decided to let go in this over, as he smacked four sixes on the first 4 deliveries. He went on to smash a six on the next delivery, which was called a front-foot no-ball by the on-field umpire.

Gaikwad then smacked the free hit for a six, and a six on the next ball meant seven sixes off the over, 43 runs which has never been done in List-A cricket before. Gaikwad went on to smack 2 more sixes in the last over by UP's top wicket-taker in the match, Kartik Tyagi, to finish his inning on 220* runs in 159 balls, where he scored 136 runs only through fours and sixes.

Courtesy of this brilliant knock, Maharashtra posted 330/5 in 50 overs against Uttar Pradesh in the Quarter Final of the Vijay Hazare Trophy 2022. This match is being played at Narendra Modi Stadium Ground 'B', Motera.