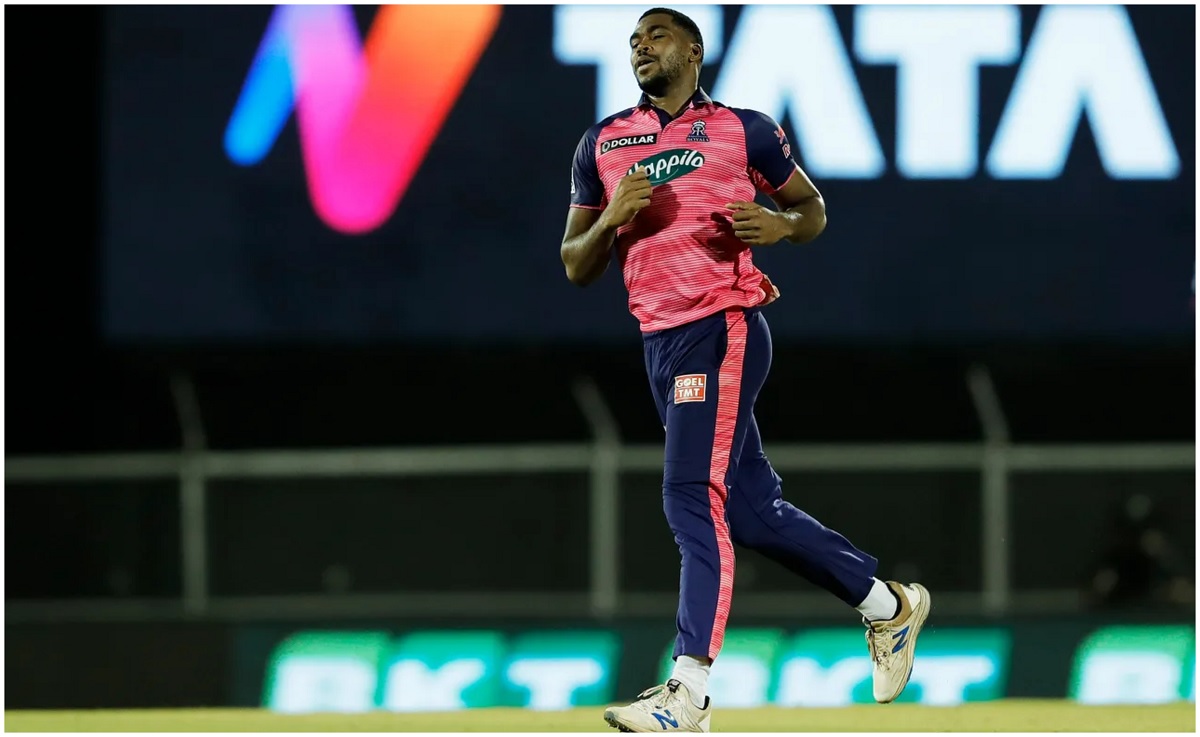 Before Friday's match against the Chennai Super Kings at Brabourne Stadium, Rajasthan Royals left-arm pacer Obed McCoy was leaking runs at a very high economy rate despite taking scalps. His economy rate in his first three appearances of IPL 2022 read as: 11.18, 17.33 and 8.75.

Against Chennai, McCoy looked like a man in control of his bowling, taking out N. Jagadeesan with a low full toss before dismissing Moeen Ali with his back-of-the-hand slower ball to bag figures of 2/20 in his four overs, at an economy rate of just five to restrict the defending champions to 150/6.

"I think it was a better bowling performance from me. My line and length were better. I bowled less wides and had more control over everything. Overall, it would be seven or eight (out of ten), maybe," said McCoy after the match.

It also helped for McCoy that Sri Lanka pace legend Lasith Malinga, working as Rajasthan's bowling coach, got him to focus on keeping things simple and working smart with the ball. "(Lasith) Malinga helped me in the nets. He was telling me to be just consistent. Don't try to overthink, use your variations and be smart for each ball."

Asked about the bowling conditions at Brabourne, McCoy reckoned that bowling with older ball was very crucial on a gripping pitch. "The pitch was gripping, but with the newer ball it was sliding on a bit more. It was easier for the batter to play through the line of the ball. For me with the older ball, the lengths were important and the variations as well.

"I've had it (off-cutter) for as long as I've had the back of the hand. I bowled two back of the hand slower balls and they slipped basically because of the sweat and I said I would bowl the off cutter because it's easier that way to grip."

With Rajasthan sealing their date against Gujarat Titans in Qualifier 1 at Kolkata on Tuesday, McCoy was pleased with how the IPL 2022 campaign has gone for the inaugural IPL champions. "Everyone is happy. We worked hard to get here and it's just us going and winning the next game. That (Ashwin knock) was fun to watch, especially his celebration making the 40."d