Royal Challengers Bangalore have found their rhythm in the batting. Virat Kohli has got back into this own and has got good support from his fellow batsmen. Devdutt Padikkal is having a memorable season as an opener. It is just a matter of time when the whole batting lineup will click at once and post a huge total.

Surprisingly, RCB's bowling has been pretty impressive this season. They have not only picked wickets but have contained the flow of runs. All-rounder Chris Morris made his debut for Bangalore in the last match and picked up three wickets. It is unlikely the team management will change the winning combination in this match.

Kolkata Knight Riders is another top contender to qualify for the playoffs. All the batsmen are looking in good touch. Dinesh Karthik played a match-winning innings in the last match against KXIP to come back into form. Andre Russell got injured in the last match. If he isn't available for this match, bowling all-rounder Chris Green might be a good replacement for him.

KKR's young bowling line up has been exceptional this season. Led by Pat Cummins, the young guns have risen to the occasion consistently. Prasidhh Krishna impressed everyone with his death bowling skills in the match against KXIP.

Both the teams are coming after winning their previous respective matches. Going by the records, Kolkata Knight Riders have been a better team than Royal Challengers Bangalore. However, this time it won't be an easy task for them. 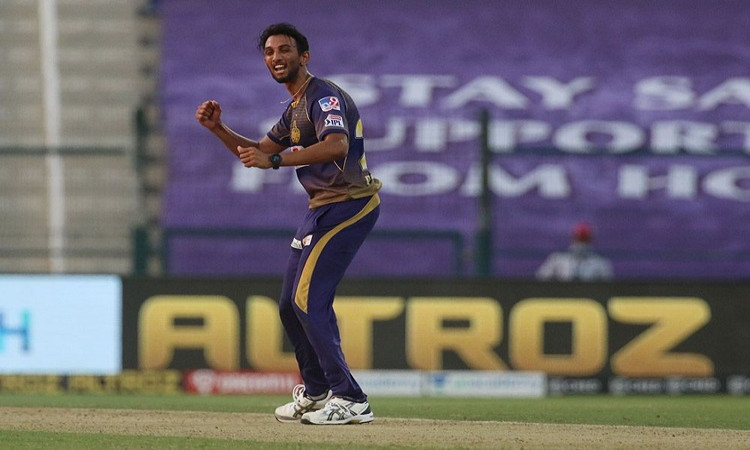 Kolkata Knight Riders - Andre Russell got injured in the last match while fielding. The seriousness of the injury is unclear so far and he might get rested in this game.

Weather Report: The temperature at Sharjah will hover around 33 degrees Celsius.

Pitch Report: It was not a usual Sharjah wicket in the last match between DC & RR. The pitch got slow in the second innings and runs weren't easy to score. 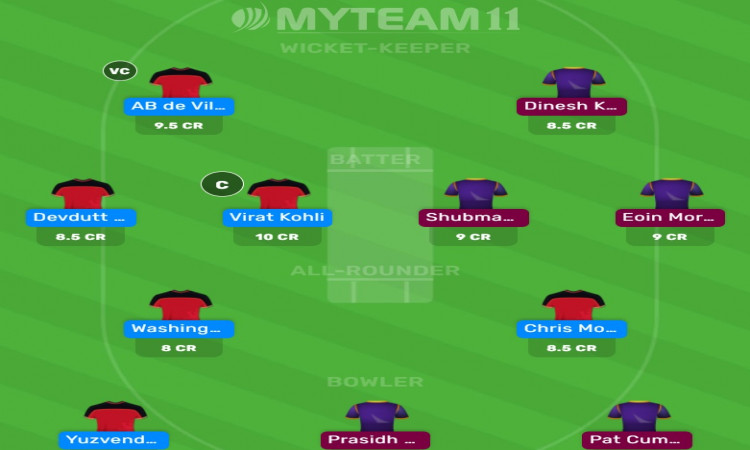