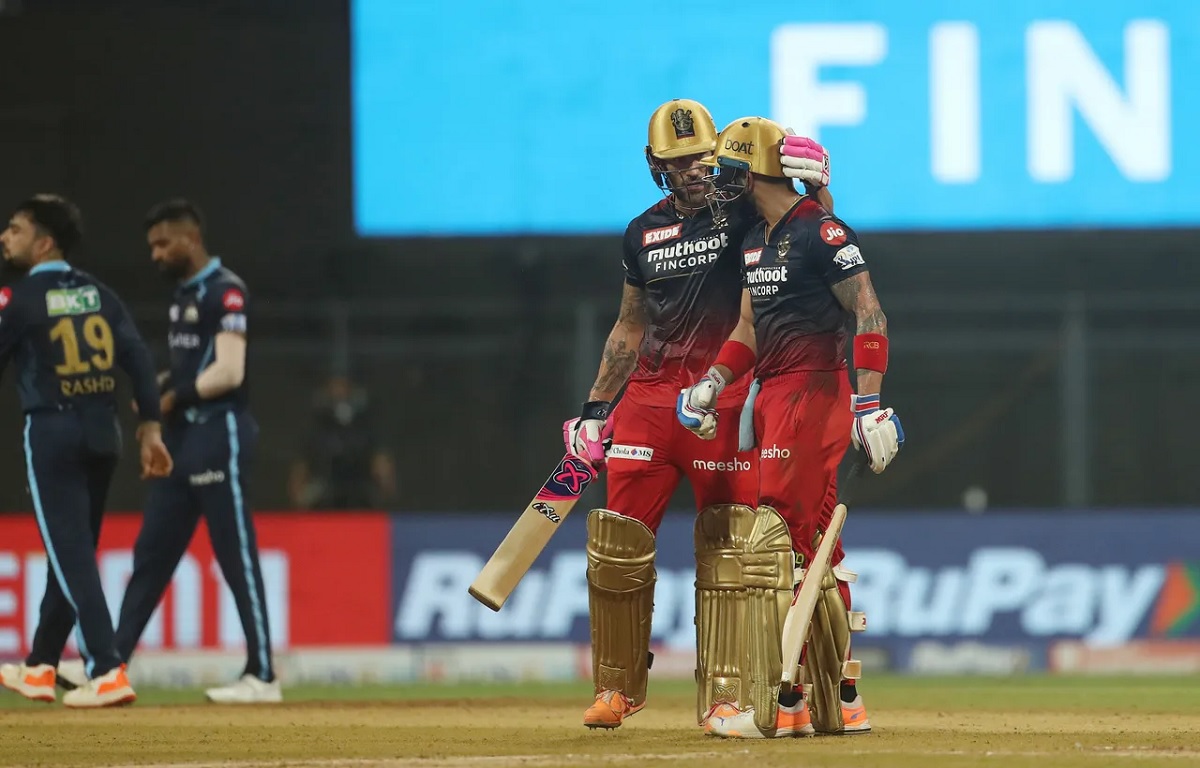 Chasing 169, Kohli and Faf du Plessis started perfectly as they scored 55 runs inside the powerplay without losing a wicket. The duo continued to keep the scoreboard ticking. Kohli took the pacers and Rashid Khan while playing out R Sai Kishore's overs.

Kohli and du Plessis added 115 runs for the first wicket in 14.3 overs to perfectly set up the run chase. du Plessis scored 44 in 38 balls before Rashid finally got him out caught. In his next over, Rashid got Kohli out stumped but the star RCB batter had already done the damage as he smacked 73 runs in 54 balls with the help of eight fours and two sixes.

Rashid had almost got Maxwell out on a golden duck but the luck helped the all-rounder stay at the crease and finish the game. Maxwell hit 40 in just 18 balls including five fours and two sixes to complete the run chase in 18.4 overs. He had earlier picked one wicket in his four overs including a maiden while conceding 28 runs.

Earlier, after opting to bat first, Gujarat had an underwhelming start as they lost Shubman Gill and Mathew Wade inside the powerplay and only scored 38 runs. Wriddhiman Saha scored 31 in 22 balls before getting run out in the ninth over.

David Miller and Hardik Pandya then added 61 runs in 47 balls for the fourth wicket. Miller scored 34 in 25 balls, hitting three sixes. The finish was provided by Rashid's 19 in six balls and Hardik remaining unbeaten on 62 as the duo added 36 runs in the last 15 balls to get the score near the 170-run mark.

The win has kept RCB's hopes to qualify for the playoffs alive as they finish their league stage with 16 points in 14 games; the confirmation for their advancement to the next will depend on Delhi Capitals vs Mumbai Indians result where RCB will hope DC lose.