Row affected me and family, but time to focus back on cricket: Mithali Raj 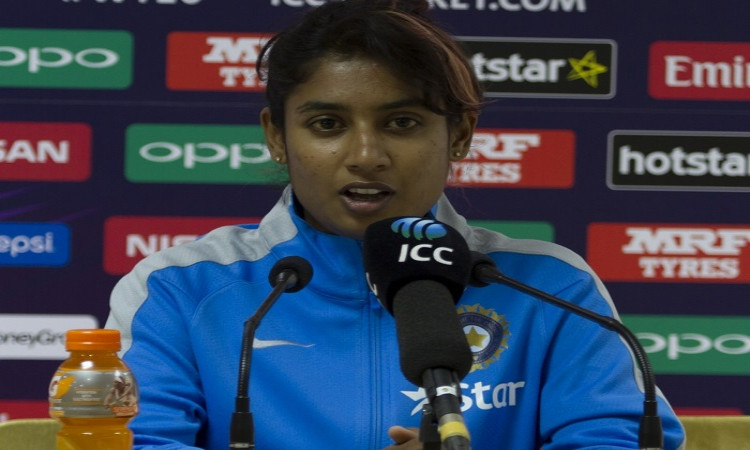 Kolkata, Dec 22 (CRICKETNMORE): Speaking for the first time after the controversy that rocked women's cricket in the country, India's ODI captain Mithali Raj on Saturday acknowledged that she and her family had gone through "stressful" times in the last few days but now with the New Zealand tour coming up, it is time to get the focus back on cricket.

Mithali has recently been in the news after falling out with Ramesh Powar, who was the coach of the India women's team at the recently held Women's World T20 in West Indies.

The spat became public after both wrote to the Board of Control for Cricket in India (BCCI) and their respective letters got leaked.

But the selectors have retained their faith on Mithali, who retained her place in the T20 squad and captaincy for the next month's tour to New Zealand.

"The way things panned out was obviously not in a very good taste. It affected everybody in a different level, in a different way," Mithali said during a promotional event here.

"I can only say that the last few days has been very stressful for me and my parents. And also for people around me as the way it has panned out, it definitely did get women's cricket a spotlight which was not needed," she added.

"When you talk about non cricketing issues of players and the team, the focus goes away from the sport. So now that we have a tour again, it is time that we move and look forward and be more optimistic going forward," Mithali said.

The differences between T20 captain Harmanpreet Kaur and ODI captain Mithali was out in the open and the team was divided into camps.

Asked if she would go along well, she said: "We will see. When the 15 individual players come together with the support staff it's a huge and big family. And usually in a family there will always be an difference of opinion. Everybody will not have the same kind of perspective. There will be issues and it does happen."

Terming the issues non-existent and secondary, the 36-year-old said: "These issues are secondary to us... Not even secondary these things do not even come in the list of priority."

"But when we take on the field as a national team, we are ambassadors of the sport and represent the people of this country at the biggest level. On the field, we are one unit, we come as a team, we represent our country. We are there to give our best and perform as a unit. As professional athletes, we get on the field we know we have a job to do," she added.

Mithali will now work in tandem with newly-appointed coach WV Raman and she said she was looking forward.

"It's very early to comment on him. I had met him briefly at the National Cricket Academy. We have to support him and look forward to build a team," Mithali said.

Speaking on the New Zealand tour, she added: "We last toured there in 2007. Only Jhulan and I from the current team were part of the last tour. For many in the team it will be a first tour. It will be challenging. We should give more importance on the preparation. The priority will be to getting the team together."

"The upcoming tour will be important. It's part of the ICC Championship one-dayers and there's a point system in place. It's important for India to garner as many points as it will help us in 2021 World Cup," she concluded.