Ross Taylor Counting On Past Experience To Tackle Stuart Broad

New Zealand batsman Ross Taylor said past experience in England, especially facing pacer Stuart Broad in County Championship in 2018 will come in handy in the two-Test series against England that begins at Lord's on Wednesday. 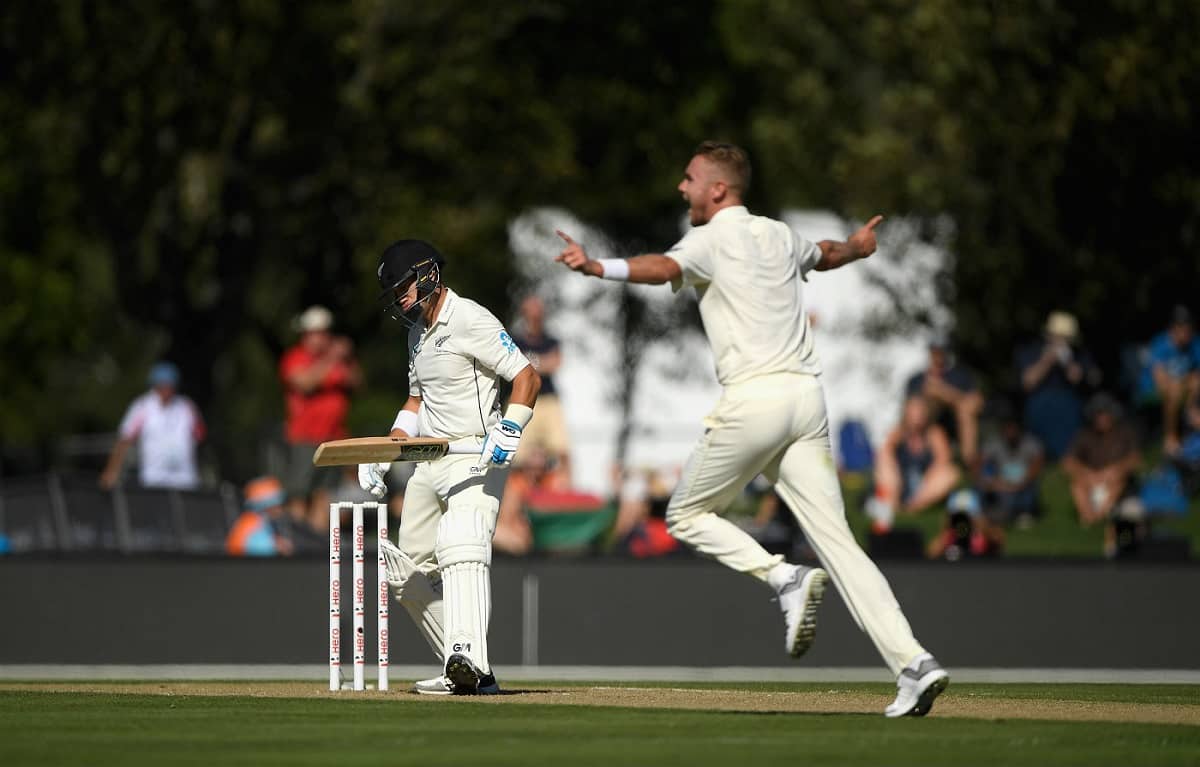 "I was fortunate to play with him [Broad] at Notts (Nottinghamshire) [in 2018] and saw the way he went about things and heard him talking to bowlers, and I asked him questions," Taylor was quoted as saying by stuff.co.nz on Tuesday.


Trent Boult Set To Miss Both England Tests, Will Be Available For WTC Final Against India

Broad has dismissed Taylor on 10 occasions in 17 Tests the New Zealand batsman has played against England. Six of those dismissals have come in England.

"I wish I had that knowledge up my sleeve before a few more of those series. He has obviously got me out a few times, as most bowlers have, but he is a very good bowler along with Jimmy Anderson and the rest of them, with the Dukes [ball] in hand they are world class," added Taylor.

The Kiwis haven't had much practice due to Covid-19, playing only one intra-squad game in lead-up to the series that begins on Wednesday.

Taylor's last Test was in January whereas opponents England played their last Test in March in India.

"From my first tour in 2008, we must have played four or five warmup games. But times have changed, whether it is England or series in Australia and India, you don't get much preparation and lead-in with so much cricket on. And with IPL and being in a bubble and not being able to play county teams," added Taylor.

"A lot of experience has to come into it for the guys who have played here before, but the guys who haven't are asking that question. There's going to be a feel period without having a proper game but that's no excuse, whatever we do first on Wednesday we'll have to do well."