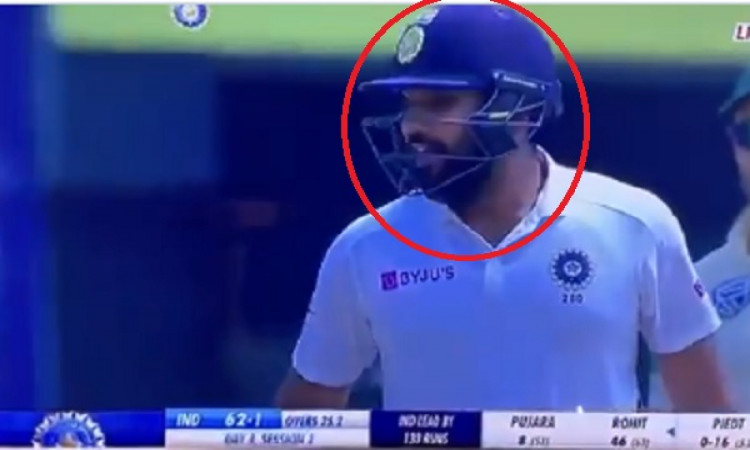 Mumbai, Oct 5  Rohit Sharma has taken his first Test series as an opener by storm. The 32-year-old on Saturday scored his second century of the match taking a slew of records with him.

There was however a moment which he won't be too proud of. He was on strike with Cheteshwar Pujara at the other end and was sent back by the latter while looking for a run. When making his way to the crease, Rohit urged Pujara to run while using a Hindi expletive in the sentence.

A clip from that moment has since gone viral on social media and has caught the eye of England all rounder Ben Stokes. Stokes himself had tweeted about the expletive, which happens to rhyme with his name, in June when people tweeted images of Virat Kohli using the word and joking that it was Stokes' name that he was invoking.

"This time it's Rohit not Virat....if you know you know," tweeted Stokes.

Rohit followed up his first innings score of 176 with a quickfire 127 in the second innings as India looked to pile on as runs as quickly as possible. He thus joined an exclusive club of Indian batsmen who have scored two centuries in a Test and is the first since Sunil Gavaskar to score twin tons in his first Test as an opener.