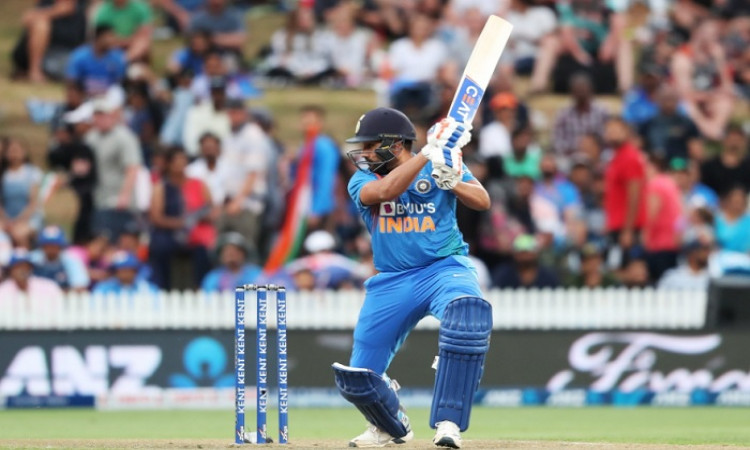 Hamilton, Jan 29:  Rohit Sharma on Wednesday achieved another feat as he breached 10,000 international runs as an opener across all the three formats of the game and joined an elite list of batsmen to have done so. He achieved the feat during the third T20I against New Zealand at Seddon Park in Hamilton.

Sunil Gavaskar, Sachin Tendulkar and Virender Sehwag are the other three Indian batsmen to have achieved the feat.

In the ongoing T20I rubber against the Kiwis, Rohit failed in the first two matches, after scoring just 7 and 8 runs respectively but made an excellent comeback in the third game of the series, as he slammed his half-century in only 23 deliveries.

Rohit made a sparkling 40-ball 65 against the Kiwis. His knock was laced with six boundaries and three hits into the stands.