Rohit Sharma to lead India in T20Is against Sri Lanka

New Delhi, Dec 4 (Cricketnmore) - Rohit Sharma will lead the 15-member squad in absence of Virat Kohli for the three-match Twenty20 International (T20I) series against Sri Lanka, starting on December 20, it was announced on Monday. 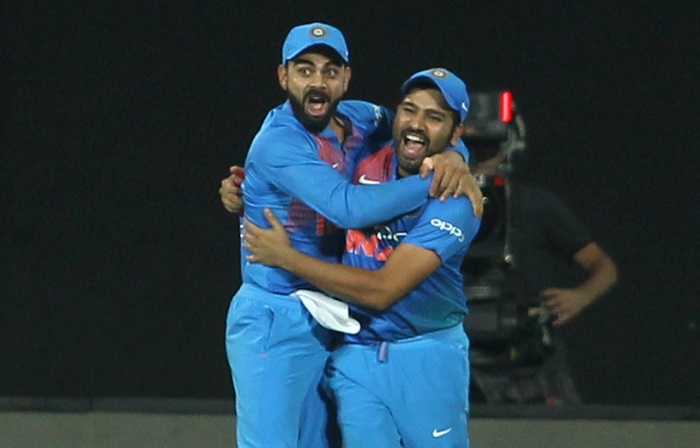 The first match will be played in Cuttack, followed by Indore and Visakhapatnam.

All-rounder Hardik Pandya, who was rested for the ongoing three-Test series against Sri Lanka, has been included in the T20I squad while Lokesh Rahul, Shreyas Iyer, Manish Pandey, Dinesh Karthik and the veteran Mahendra Singh Dhoni retain their places.

The selectors however, decided to rest Shikhar Dhawan ahead of next month's tour of South Africa which leaves Rahul and Rohit as the specialist openers in the squad.

Among the youngsters in the squad, selection committee chairman M.S.K. Prasad picked out Washington Sundar and Basil Thampi for special mention.

Sundar has been extremely consistent this season. He did well in the Indian Premier League (IPL) earlier this year and was also in superb form in domestic cricket.

He was also the highest scorer and the second highest wicket-taker in the Tamil Nadu Premier League.

Thampi performed well in the IPL and also for the India A side.

Among the pacers, Jaydeep Unadkat made a comeback to the squad while Mohammed Siraj, who made his T20I debut in the second game against New Zealand, managed to retain his spot.