Ranchi, Oct 21:  Rohit Sharma on Sunday termed his double century against South Africa in the ongoing third Test as the "most challenging knock" in Tests so far. 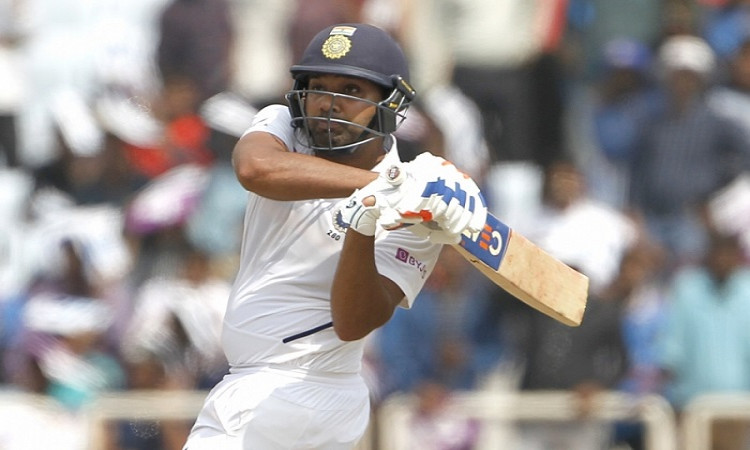 The Mumbai batsman struck his maiden double century in Test cricket on Sunday as India declared on 497/9 and reduced South Africa to 9/2 before bad light brought an early end to the second day's play in the third Test against South Africa.

In the process, Rohit became the fourth batsman to hit a double hundred both in Test and ODI cricket, emulating Sachin Tendulkar, Virender Sehwag and Chris Gayle.

Speaking to scribes after the day's play, Rohit said that he was mentally ready for a good outing in Ranchi.

"It was a good opportunity for me to open the batting. As I said during the Vizag Test, the communication between me and my team management was happening for a long time about opening the batting. So mentally I was ready for it. I knew it could come anytime," he said.

The Mumbai batsman further said: "A lot could have happened had I not performed, and you guys (media) would have written a lot about me. So it was about making the most of the opportunities I got. I knew I had to make full use of them, otherwise the media would have written against me. Now I know everyone will write good things about me."

Rohit has so far amassed 529 runs from four outings in this series to become only the fifth Indian opener to score 500 plus runs in a single Test series.

Talking about the challenges of opening the innings, Rohit said: "Opening the batting is a different challenge as compared to batting at No. 6-7. It's just about how you prepare yourself, what you talk to yourself in your mind about what you want to do out there.

"Playing the first ball of the match is a different ball game altogether when compared to facing a delivery after 30-40 overs. But there's nothing in particular that I've done in terms of technique."