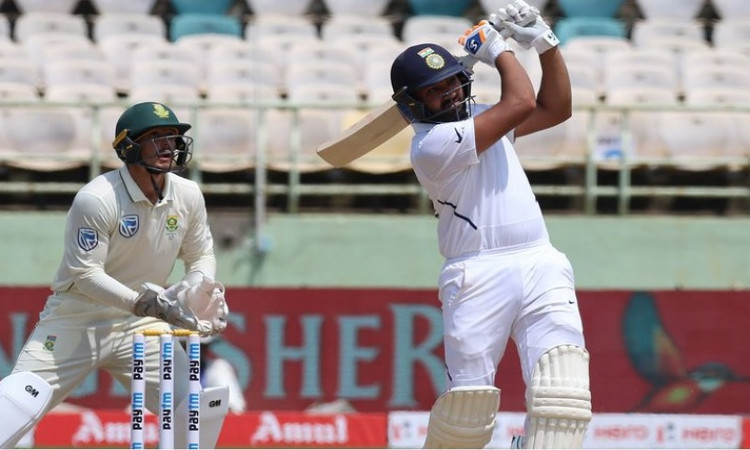 Ranchi, Oct 19: India opener Rohit Sharma has added yet another feather to his cap by becoming the batsman to hit the most number of sixes in a Test series. During the ongoing three-Test series against South Africa, Rohit has so far hit 17 sixes and has surpassed Shimron Hetmyer's tally of 15 which came during the two-match series between West Indies and Bangladesh in 2018/19.

On Saturday, the 32-year-old smashed his sixth Test hundred during the third and final Test against Proteas. This was also his third century of the ongoing series. In fact, Rohit reached the mark with a six.