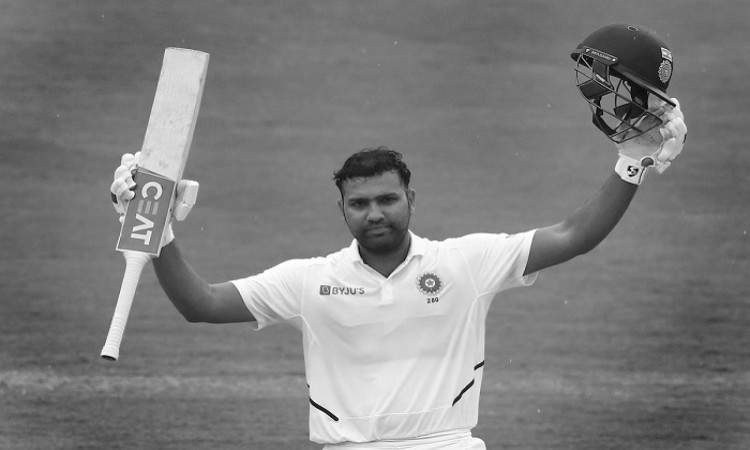 Ranchi, Oct 20: Rohit Sharma has silenced his critics with his continuous good run with the bat in the ongoing series against South Africa, proving his mettle as a Test opener.

The Mumbai batsman has so far notched up two centuries and a double ton in the ongoing three-Test series against the Proteas and his knock of 212 on Sunday has helped him break Don Bradman's record for the highest Test average at home after 10-plus innings.

Rohit now averages 99.84 at home, edging past Bradman's average of 98.22. Rohit has now amassed 1,298 runs in 18 innings in Tests at home, which includes six centuries and five half-centuries.

The Mumbai batsman struck his maiden double century in Test cricket on Sunday as India declared on 497/9 and reduced South Africa to 9/2 before bad light brought an early end to the second day's play in the the third Test.

In the process, Rohit also became the fourth batsman to hit a double hundred both in Test and ODI cricket, emulating Sachin Tendulkar, Virender Sehwag and Chris Gayle.