Mumbai Indians skipper Rohit Sharma said after the big win over Rajasthan Royals that he never lost faith in the abilities of young Ishan Kishan even when the youngster was hitting a string of poor scores and had to be dropped for a couple of games, saying "he is a solid guy". 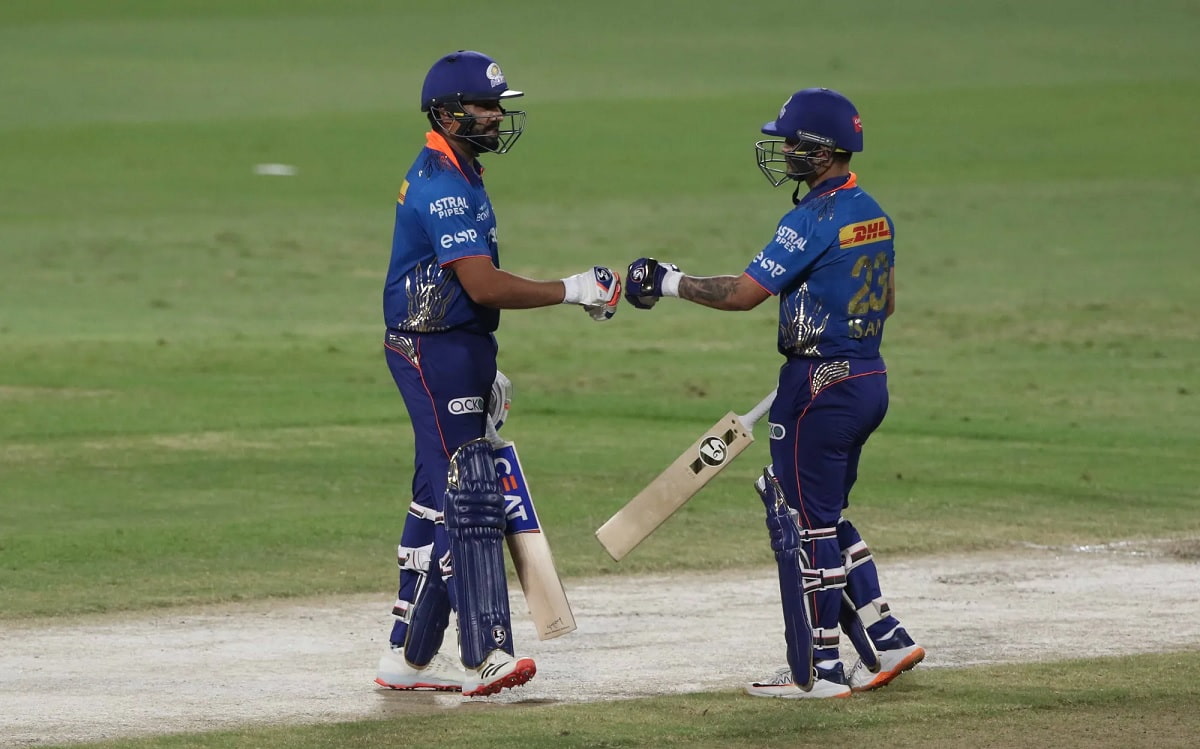 On Tuesday (October 5), Ishan, who is a part of the Indian squad for the ICC T20 World Cup scheduled to commence later this month in the UAE and Oman, slammed an unbeaten half century as Mumbai Indians kept their hopes alive in the tournament, defeating Rajasthan Royals by eight wickets in a low-scoring match.

A jubilant Rohit Sharma, who struck a 13-ball 22, as he along with Ishan Kishan helped the side to victory with 70 balls to spare, said, "The two points were very crucial for us.

"We had to come here and do what we had to do. The two points were very crucial for us. Once we had them (Rajasthan Royals) bowled out for 90, we had a chance to finish it early. It is important to seize the game. We had to come out and bat freely. We started well; getting 14-15 runs in that first over and had a chance to get the run-rate in order. Was a perfect game for us," added Rohit.

"Ishan was playing after a couple of games. I was there to take the risks. We know his ability. We wanted him to spend some time and that is exactly what he did. We enjoyed Jimmy's (James Pamment, MI fielding coach) pep talk before the game. If he wants to do another one, I will be happy. He is a solid guy and keeps the atmosphere buzzing. You need talks like these and get all the guys going after that.

"When you are under the radar, you need to get the job done. All the bowlers came together and did it for us. I feel in this tournament, any team is capable of beating anyone. KKR is playing before us and we will know exactly what to do," added Rohit.

Nathan Coulter-Nile, the Player of the Match for his best IPL performance with 4/14, also shared his thoughts on the game.

"I just tried to keep it simple. It was a tough wicket to bat on. I just tried to change the pace a little. It was sticking a little. I am not fussed when I am bowled. There are world class bowlers on our side and I hope they can pick a few more and I will have my job easier."