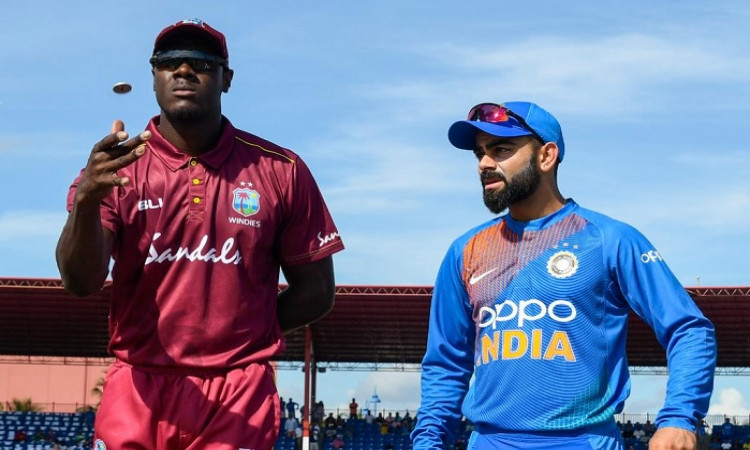 Guyana, Aug 6: India have won the toss and opted to bowl first in the third and final T20 international against the West Indies here on Tuesday.

With the series already in pocket, captain Virat Kohli said that opener Rohit Sharma has been rested though the latter was seen speaking to the umpires along with West Indies  skipper Carlos Brathwaite after the toss got delayed due to wet outfield.

Also Read: I said Kohli is the best, but Smith's knock another level: Justin Langer

Ravindra Jadeja and Khaleel Ahmed have been rested and the Chahar brothers -- Rahul and Deepak -- have been included in their place. K.L. Rahul has replaced Rohit.

Kohli reckoned at the toss that the pitch has been under cover for some time and so India would like to use the dampness.

"We need to bat, bowl and field well. We want to convert dots into singles. Our main focus today is to maintain standards. West Indies cricket needs to find protocols and standards that we all abide by," Brathwaite said at the toss.