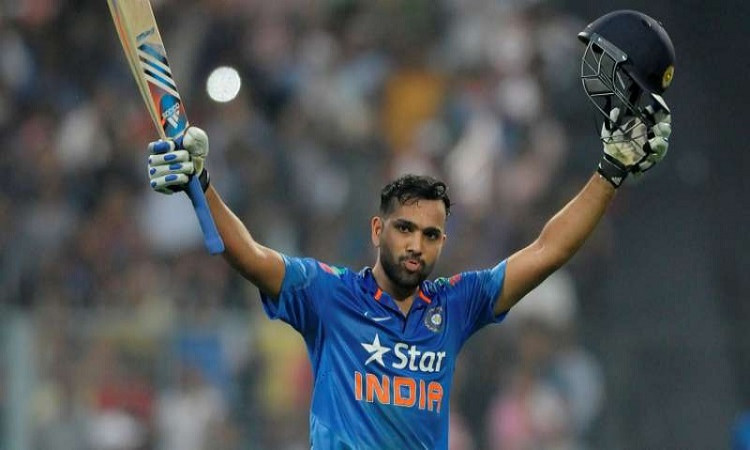 The Board of Control for Cricket in India (BCCI) shared a link of Rohit's historical knock on their official Twitter handle.

"On this day in 2014, Rohit Sharma created history by smashing 264 - the highest individual score in the ODIs. A knock that included 33 fours and 9 sixes #TeamIndia. Watch that splendid knock here," the BCCI tweeted.

#OnThisDay in 2014, @ImRo45 created history by smashing 264 - the highest individual score in the ODIs

The right-handed batsman faced 173 balls during his marathon innings in which he smashed 33 fours and nine sixes. He started slowly as he reached the 50-run mark in 72 balls. However, after that, he changed gears to bring up the next fifty off just 28 balls. His next 50 runs - which took his score from 100 to 150 - came in 25 balls and he reached his double century off 151 balls.

The International Cricket Council (ICC) also reminded social media users about Rohit's record as it shared how the innings of the star Indian opener progressed ball-by-ball during the course of the match.

Courtesy of his innings, India posted a monstrous total of 404/5 in their allotted 50 overs. In reply, Sri Lanka could manage just 251 runs and lost the match by a whopping margin of 153 runs.

Rohit, popularly known as the 'Hitman', has so far played 224 ODIs in which he has amassed 10250 runs, including 29 centuries, 3 double centuries, and 43 half-centuries.

Recently, he led Mumbai Indians to their fifth Indian Premier League (IPL) title. He has now returned back to India and will be joining his Indian teammates for the four-Test series to be played in Australia beginning December 17 in Adelaide.