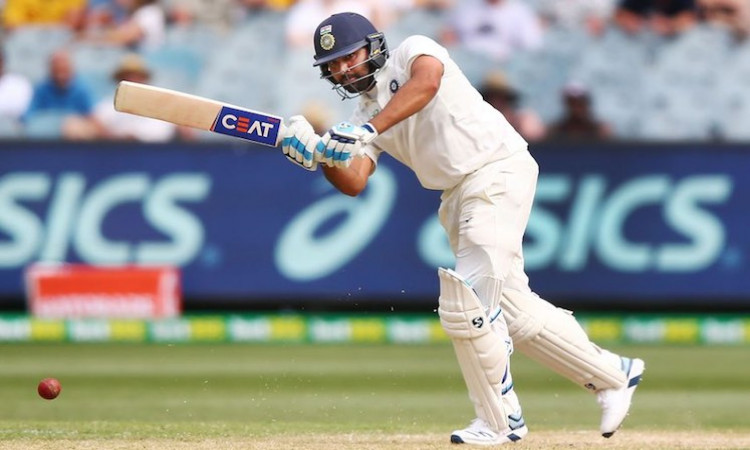 India batsman Rohit Sharma, who became the first player to score a century in each innings of his maiden Test as opener, has reached a career-best 17th position in the latest ICC Test Player Rankings.

Sharma, who slammed three previous centuries in Tests, has gained a whopping 36 slots after his knocks of 176 and 127 in the first Test against South Africa in Visakhapatnam helped India win by 203 runs and take a 1-0 lead in the three-match series.

Other opener Mayank Agarwal has also attained a career-best 25th position after his first innings double-century lifted him 38 places. Captain Virat Kohli has dropped below the 900-point mark for the first time since January 2018. He is now on 899 points, 38 behind top-ranked Steve Smith.

Among the bowlers, off-spinner Ravichandran Ashwin has made a comeback to the top 10 after his match haul of eight wickets, which included figures of seven for 145 in the first innings. The formerly top-ranked bowler has moved up four places from 14th position and also into the top five among all-rounders.