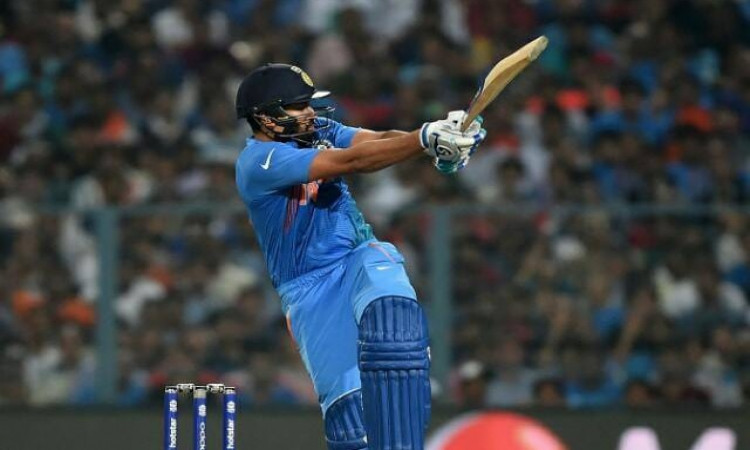 Bengaluru, Sep 22:  India vice-captain Rohit Sharma will renew his battle with skipper Virat Kohli for the top spot in highest run getters' in T20Is, when the third and final rubber gets underway against South Africa here on Sunday.

Rohit is eight runs away from regaining his pole position in the list of most number of runs scored in international T20 cricket.

Kohli surpassed Rohit during the second T20 international when he smashed an unbeaten 72 as India took a 1-0 lead in the series by registering a facile seven-wicket victory in Mohali.

Kohli now has 2,441 runs from 66 innings to Rohit's 2,434 from 89 innings. Rohit will once again have the opportunity to get past Kohli when he comes out to bat with Shikhar Dhawan on Sunday evening.

Dhawan, meanwhile, has 6,996 runs in his bag in T20 cricket and needs just four to complete 7,000 runs in the shortest format of the game.

The southpaw will then become only the fourth Indian following Kohli, Suresh Raina, and Rohit to reach the landmark in T20s.