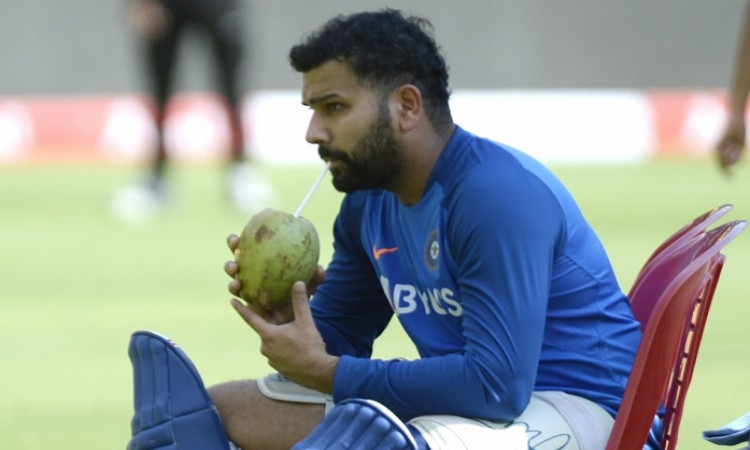 New Delhi, Nov 1:  Stand-in India skipper Rohit Sharma on Friday gave the hosts an injury scare ahead of the first T20I against Bangladesh after he was hit on the thigh during practice session at the Arun Jaitley Stadium.

Rohit, who was getting throwdowns from batting coach Vikram Rathour and Sri Lanka's Nuwan Seneviratne at the nets, left the net practice session after he was hit on his left thigh, just above his knee.

Also Read: Yuvraj Singh still has it, will bring in the crowds: Ben Cutting

There was no confirmation or update from the support staff. The 32-year-old quietly left the nets and didn't take part in further practice session.

In the absence of Virat Kohli, the onus of batting lies mainly on Rohit, who has been in prolific form in the recent times.

After scoring five hundreds in the World Cup in the UK, the right-handed batter made an emphatic start as opener in Test cricket, scoring three hundreds, including a double ton, against South Africa in the recently concluded series which India won 3-0.

Earlier in the day, both Rathour and Bangladesh coach Russell Domingo played down concerns over the deteriorating weather conditions in the national capital.

Domingo said that while the conditions are not ideal, they cannot complain as "no one was falling sick or dying".

Rathour, on the other hand, said Team India players are used to playing in such weather conditions and so, it would not be a problem for them