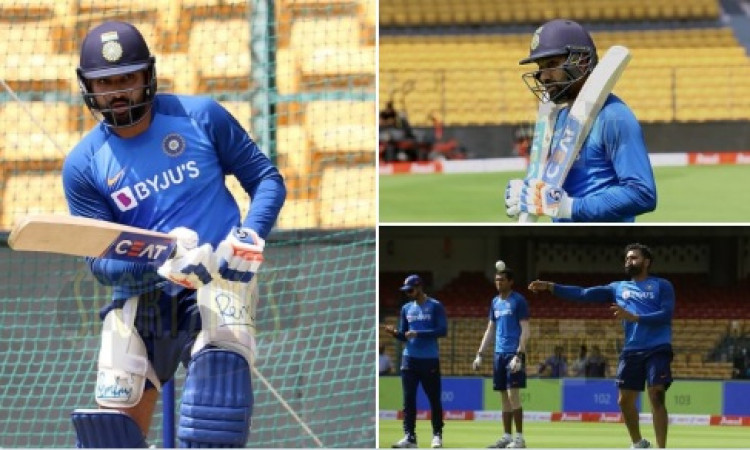 New Delhi, Sep 24  India's limited-overs deputy Rohit Sharma's tactical acumen is no secret. The man who has won three Indian Premier League titles as Mumbai Indians skipper is often considered as one of the best when it comes to making on spot decisions. His record as India captain is also enviable and in M.S. Dhoni's absence, captain Virat Kohli and head coach Ravi Shastri have asked him to be more vocal on the field when it comes to guiding the youngsters.

In the just concluded T20I series against South Africa, Rohit was seen time and again walking up to the bowlers and speaking to them. It was a great sign to see the deputy constantly speak to the youngsters even as skipper Kohli manned the boundary. And this practice isn't a one-off.

Speaking to IANS, sources in the team management said that with Dhoni not there to guide the bowlers from behind the wicket -- he is currently unavailable for selection -- the captain and coach felt that it would be great to have Rohit share his thoughts with the bowlers as the T20 format calls for quick thinking and on-spot change in plans.

"See, you don't want too many cooks to spoil the broth. There is always the need to have a fine balance and not confuse the youngsters in the middle of a match. So, when MS was there behind the wicket, it was Kohli and MS who would do the guiding. In Dhoni's absence, it was felt that it would be great to have Rohit sharing his thoughts with the youngsters and being vocal on the field.

"Rohit has been a part of the leadership group for a while now and it is not like this is the first time that he is sharing his ideas with the players. The captain and coach trust his instincts and it is great when a senior member walks up to a bowler and suggests ways to trump the opposition batsman," the source pointed.

A youngster who has also played under Rohit's leadership in the Indian team said that the opener like Kohli backs the boys and just shares his thought process and what he feels will work in a particular situation.

"You might feel a lot of things about your own capabilities. But the backing of the seniors is what helps. Be it Kohli bhai or Rohit bhai, they give you freedom to go and express yourself. They don't impose themselves on us. Even when Rohit bhai is leading or explaining a situation on the field, he only gives you his suggestions and what he feels could work. After that, it is on you to take the call," the player said.