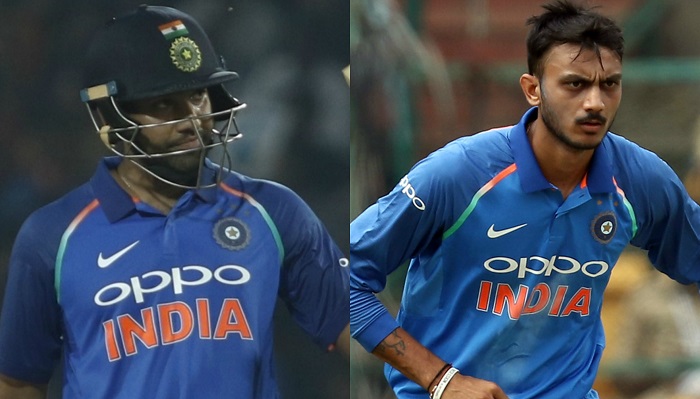 Sharma, who was awarded the man of the match in the fifth and final match against Australia on Sunday for his power-packed century knock climbed four places in the ICC ODI batsman ranking to take the fifth spot.

Gujarat spinner Patel who picked up a three-wicket haul in the final match against Australia jumped three spots to take the seventh spot in the ICC ODI bowler ranking.

"Sharma's 296 runs in the series, which included a fine 125 in the last match in Nagpur, contributed significantly to India's convincing victory over the World champions that helped the home side grab the No.1 position in the MRF Tyres ICC ODI Team Rankings. Sharma is now on a career-best 790 rating points but his highest ranking has been third, which he attained in February 2016," the ICC said in a statement.

"In other movements, India's left-arm spinner Axar Patel has reached a career best seventh position after moving up three places," the statement added.

Player of the series against Australia, Hardik Pandya also climbed 26 places to take the 71st spot in the ICC ODI Batsman ranking.