Rohit Sharma an asset to Indian cricket: Ganguly on his 100th T20 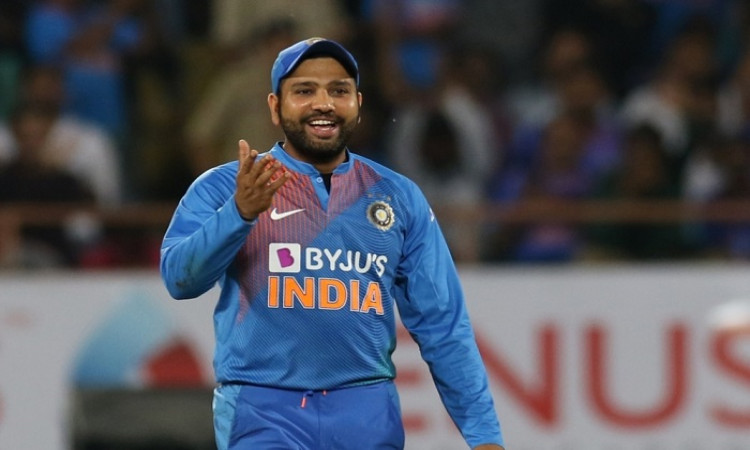 "Rohit Sharma 100 matches in t20... What an asset he is to Indian cricket," the former India captain said in a tweet.

The prolific batsman joined Shoaib Malik of Pakistan (111) and Indian women's cricketer Harmanpreet Kaur (100) in becoming only the third cricketer to play 100 international matches in the shortest format of the game.

Speaking on achieving the milestone, Rohit had said: "Firstly, I never thought I would play so many games. I am grateful for the opportunity I got in the past and till date as well. It has been a long journey since I made my debut as there had been many ups and downs. I have now understood my game.

"Yes, I am very happy where I stand right now," the skipper was quoted as saying by the bcci.tv.

He also admitted playing the 100th T20I game for India was a moment of pride for him.

Termed as 'Hitman', Rohit has slammed four centuries in the shortest format of the game. However, he said he is not very keen to term any particular knock as a 'special' one and whatever innings results in winning cause makes him happy.

"I can't rate any of the knock as special. I have never been fond of rating any particular knock as I love all my knocks," he expressed.

"I look forward to many more memorable knocks as well," he added.

Rohit has been prolific in T20Is, scoring 2452 runs with four hundreds to his name and 17 fifties.

On Sunday, the Mumbai batsman reclaimed the top spot in the list of highest run-scorer in T20Is during the first game against the Bangla Tigers at the Arun Jaitley Stadium.

Rohit has been trading the top spot with regular skipper Virat Kohli for some time now and it was the latter who was leading the chart with 2,450 runs to his name.

Rohit was eight runs behind Kohli going into the first T20I against Bangladesh, and he had closed the gap in the first over of the game.

Meanwhile, on the first ever Day/Night Test between India and Bangladesh from November 22-26, Ganguly said he expects a full house at Eden Gardens.

"Hopefully will be a sellout crowd. Preparations going on well," he said on Thursday here.

The euphoria around India's first-ever day-night test match is soaring with online tickets released till now for the first three days sold out in two days, a Cricket Association of Bengal (CAB) statement said on Wednesday.

"Thirty per cent of the online saleable tickets for the first three days (5,905 tickets) have been sold out while over 3,500 tickets for the fourth day of the second test between India and Bangladesh to be played at Eden Gardens from 22-26 November are sold," CAB secretary Avishek Dalmiya had said.