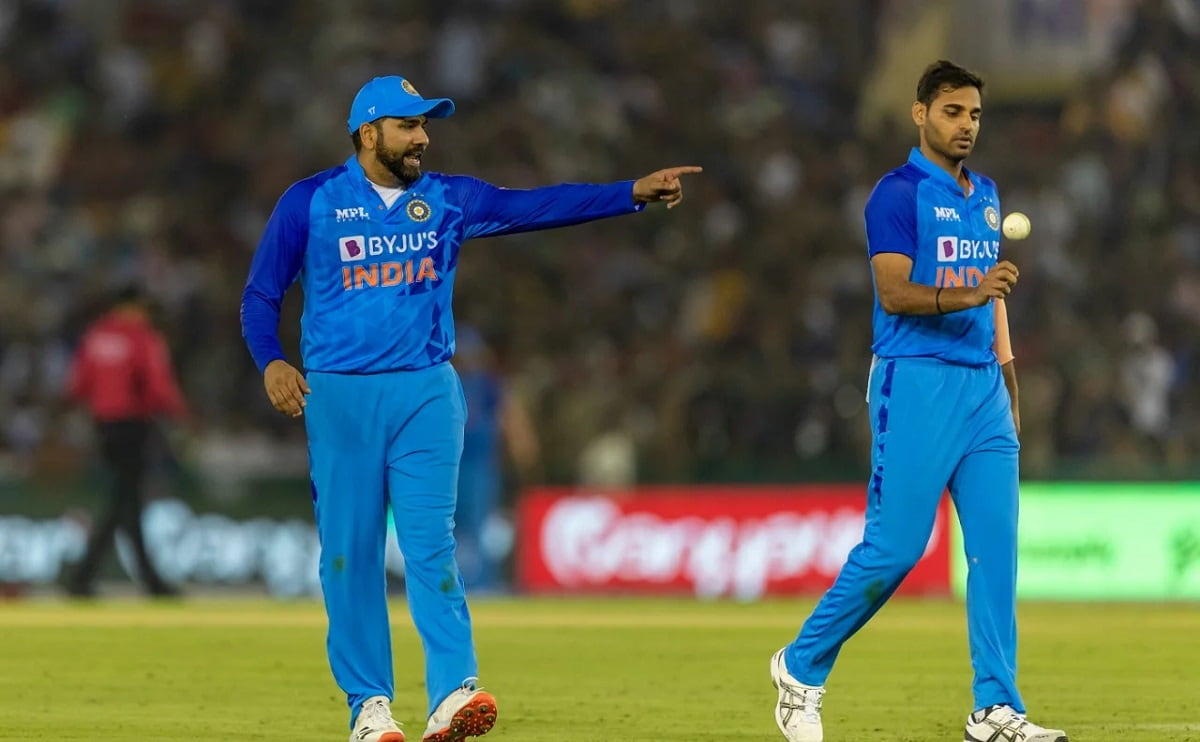 At times, even Rohit Sharma is surprised by the way Rohit Sharma bats! Friday night was one such occasion as the India captain helped his team defeat Australia by six wickets in a truncated eight-over-a-side match at the Vidarbha Cricket Association (VCA), Jamtha near here.

Sharma blasted a scintillating unbeaten 46 off 20 deliveries as India chased a target of 91 off eight overs, helping his side reach 92/4 with four balls to spare and helping the home side level the three-match series 1-1 ahead of Sunday's final encounter at Hyderabad.

On a pitch that was two-paced and against a world-class bowling attack that included the likes of Josh Hazlewood, Pat Cummins, Sean Abbott and Adam Zampa and conditions that were not easy to bat in, Sharma came out with an aggressive intent and took control of the match easily.

He smashed Hazlewood for back-to-back sixes in the opening over of India's chase and then struck two more sixes and four boundaries as he blazed his way to 46 off 20 balls to keep India ahead on run rate. India did lose its way a bit with Zampa claiming back-to-back wickets to dismiss Virat Kohli and Suryakumar Yadav, but the target was still achievable thanks to the early assault.

Sharma, who was adjudged Player of the Match, said he was surprised to see that his shots came off well and helped the team chase a difficult target.

"I was quite surprised as well. I didn't expect it to go quite as well as that. For the last 8-9 months I have been playing like that so it didn't change much. But when you are playing a game like that you can't plan too much. You just have to play the situation and use conditions to your advantage," Sharma said after the match.

He complimented his bowlers for using the conditions pretty well and restricting Australia to 90/5. He said he wants his players to learn how to tackle the dew.

"I felt when we were bowling the bowlers had something to bowl to. We used the conditions pretty well. But then at the back end, dew started coming in. That is where we want guys to learn how tough it is," Sharma said.