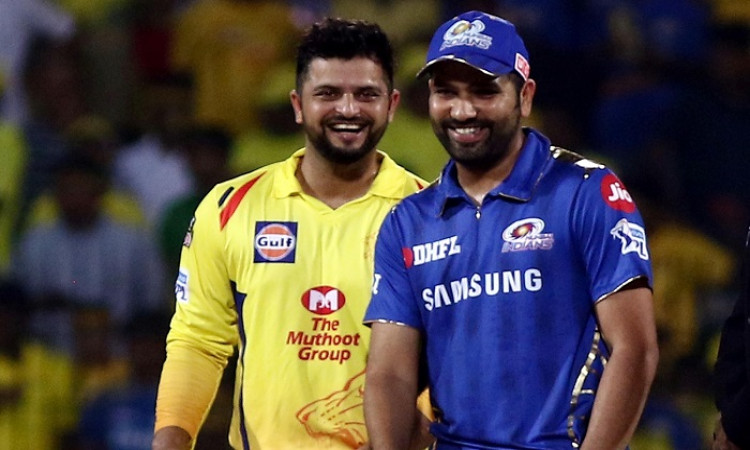 Mumbai, May 15:  Rohit Sharma and Suresh Raina picked a combined Mumbai Indians (MI) and Chennai Super Kings (CSK) side with Mahendra Singh Dhoni as the captain during an Instagram Live chat. The team selection part was posted by CSK on their official Twitter handle.

Mumbai Indians and Chennai Super Kings are the two most successful sides in the history of the Indian Premier League (IPL). Mumbai bettered Chennai last time when they won the final by one run in Hyderabad to win a record fourth title under Rohit's leadership.

Under decorated former India captain Dhoni, CSK have reached the play-offs in all the seasons they have played, winning the crown on three occasions.

Dwayne Bravo and Harbhajan Singh -- who has also played for both teams -- completed the XI.

The IPL is currently postponed due to the COVID-19 pandemic which has thrown global life out of gear.