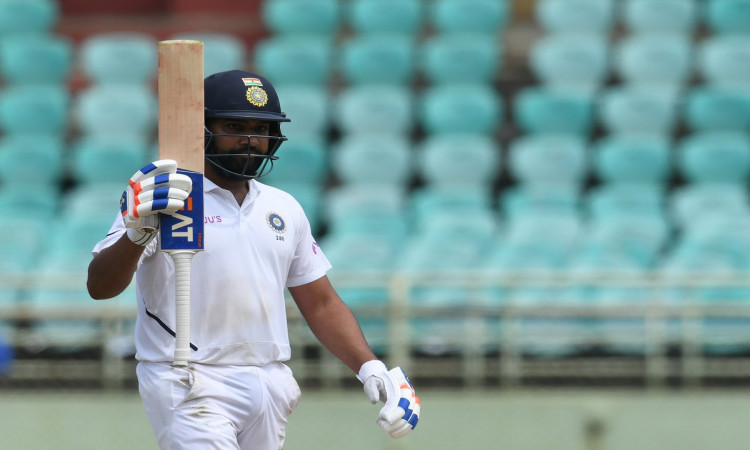 New Delhi, Oct 7:  Pakistan pace legend Shoaib Akhtar says that India's new Test opener Rohit Sharma has a better technique than Virender Sehwag. Rohit has drawn comparisons to Sehwag since his promotion to the top of the order in Test cricket and that has only increased after he scored twin centuries in the first Test against South Africa and also broke the record for the most number of sixes hit by a player in a match.

"Rohit Sharma has a much better technique than Virender Sehwag," said Shoaib in a video uploaded on his Youtube channel. "Sehwag just had a will and aggressive mindset to hit shots all across the park. He (Rohit Sharma) has got great timing, a variety of shots and elegance."

Akhtar said that when he first saw Rohit he thought he would be India's Inzamam-ul-Haq. "I really thought that he is the Inzamam-ul-Haq of India. Earlier, he had less passion for Tests as he wanted to be a specialist batsman for all different formats. Now you can see when Rohit put this thought out of his mind, he scored a century," the former pacer added.

Rohit scored 174 in the first innings of India in the first Test against the Proteas in Visakhapatnam and followed that up with 127 in the second. He thus became the first to score two centuries in his first Test as an opener.